What’s Up with the Office Market? 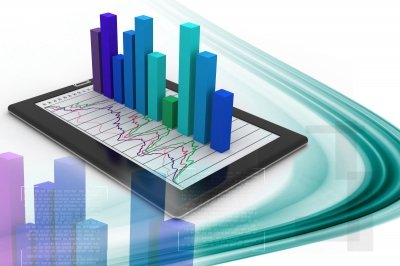 Market intelligence is integral to making smart decisions for investment purchases, property sales or business expansion. This brief update on the local and national office market is geared toward assisting you with your commercial real estate decisions.

In 2014, several important market indicators for the U.S. began to show signs of returning to pre-recession levels. Consumer confidence improvement was seen in GDP reaching its highest level in 11 years. Labor market growth excelled as the nation added more jobs than it had in 15 years.

As the country’s economy strengthened and the labor market expanded, many areas of the country saw an increase in demand for commercial office space. According to DTZ U.S. Office Trends Report for 4th Quarter 2014, last year had “the strongest year of demand since 2006.” That explains why, in Florida alone, Sperry Van Ness advisors had a 25 percent increase in transactions and volume from 2013 to 2014.

The Florida Gulf Coast area also saw an increase in office lease space demand. According to transactions recorded with Gulf Coast CMLS or Pensacola Association of Realtors, Escambia County had 12 percent more office lease transactions in 2014 than in 2013. However, during the same time period, Escambia saw a five percent decrease in office sales while the nation saw an increase of 17.4 percent indicating that our local office investment market has not yet rebounded.

Despite the increase in demand, excess office inventory has prevented overall vacancy from returning “back to pre-crisis levels.” Office demand is not the only indicator that the office sector of commercial real estate is rebounding, “both rental rates and development activity are heating up.” Nationwide, average asking rents in 4th quarter 2014 rose 2.3 percent from the same quarter 2013. Average leased rents recorded in the Gulf Coast CMLS for Escambia County increased 9 percent from 2013 to 2014.

We began this year in the strongest position for commercial real estate since before the economic downturn. It is expected that interest rates and inflation rates will continue to move in a favorable direction which will encourage foreign capital to continue flowing into the U.S., especially Florida. The 2014 Fourth Quarter Savills Studley Report predicts that office leasing activity for “the upcoming year could be just as strong as, if not better than, 2014 for U.S. office market fundamentals because the mindset of businesses has improved.”

If you were waiting for market recovery to make your move – it’s here. Contact a qualified and knowledgeable advisor if you would like a custom market analysis to assist with your specific real estate investments. 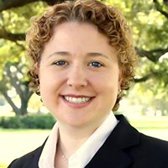 About Stephanie Gilbert – Stephanie has been working in commercial real estate since 2003. Although she has done a variety of deals, her focus and passion, when it comes to commercial real estate, is leasing and selling office space, primarily in the Pensacola, Florida area. Click here to read her full bio, or if you would like to contact her, you can call her at 850-434-7500, or email her at [email protected] You can follow her on Twitter at @StephanieGSVN.