What We Learned at TRENDS 2018

There are three big external forces that are set to impact our industrial market. The first is the “Amazon Effect,” e-commerce has been growing exponentially, and “last mile” distribution centers will soon be occupants in most industrial spaces. The second trend is the future legalization of marijuana. Cannabis growing

facilities are gobbling up industrial space in markets such as Colorado, and additionally are gathering industrial space to store cash (yes, self-storage for palets of money). This is skyrocketing rates for industrial space in states which have given legalization to cannabis farming, and may hit the Louisiana market soon. The third trend is the expansion of the Panama Canal (completed in 2016), which opens the trading route for large shipping via cargo ships, which will be using ports in Louisiana.

With all of these new trends upcoming for Louisiana, vacancy rates for Industrial dropped to 5.71%. The lowest it’s been since the year following Hurricane Katrina. 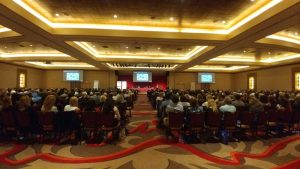 We have learned that Rents have decreased from last year, likely due to the massive (and growing) supply of multi-family complexes. Now 40% of complexes are offering concessions to get new tenants (some have offered several months’ free rent). For student and young professional apartments to attract tenants, apartments need pools, gyms, yoga studios, golf simulators, and movie theaters. With vacancy rates ticking up to 7.87% for the total market, this is expected to rise with over 6,000 new units under construction or proposed in the Baton Rouge market. 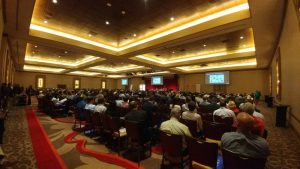 On a large scale, the good news of the office market is that the upward movement of oil prices has created optimism that is fueling office searches. Oil prices cause rumors of engineering firms gearing up for petroleum projects. Overall, occupancy rates remained flat with the 2017 rate of 82.41% falling to 82.22%. Several large office developments are under construction in South Baton Rouge and the CBD, this includes @Highland and the Water Campus, which total over 90,000 square feet of Class-A office space. As new buildings are being constructed, they are being absorbed by tenants. We expect the trend to continue with approximately 80-85% occupancy in the office market. 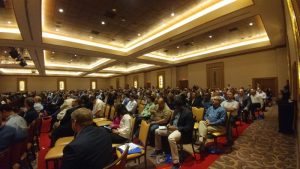 Retail was certainly a segment that had the audience’s interest. With the recent news of classic stores such as Toys R Us, Sears, and Macy’s closing doors, this lecture showed that retail is not dead, but boring retail is. To ensure a store will be successful, it needs to be an experience. We are losing a majority of soft goods retailers, for those stores to be renovated into e-commerce ordering centers, or be replaced with entertainment, restaurant, and service retailers. A crucial take-away from this was when the trends showed that in markets where a physical retailer closed its doors, sales on their website in the market decreased by an average of 38%.

In Baton Rouge’s market, the local vacancy rate ticked up to 8.8% which is still below the national average of 10%.

More from my site

What’s missing from provincial government asset sale discussionOpen More Doors: How to Use RealMassive’s Marketplace to Get in Front of Buyers