What Makes an Entrepreneur? 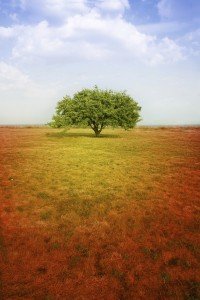 It is interesting to watch different people start a business. Some simply fall into it by accident and succeed. Then there are those who really want to be successful and just cannot make it. As I mentioned earlier in the year I said I would share some personal insights into what drove me to become an entrepreneur.

For many years while I had great jobs in major companies I always felt out of place. I watched both of my parents build their own businesses. In each case it was something that they thrived doing. My Mother one of the first female stockbrokers hired by Merrill Lynch made the way for other women to come up after her. However she really made her money in residential real estate where she was given large loans back in the 70’s and 80’s when many women could not even get a personal loan.

My Father came from the poorest of the poor families and was a gang leader back in the 50’s. Although he did terrible in high school, in the Army he was brilliant. Once he knew he was smart there was nothing that ever stopped him in his career. He started off in corporate America and like me it did not feel right. He would go on and open his own firm and develop a hydraulic patent that according to the text books of engineering, should not work, but it did.

I had two parents who both were entrepreneurs. I learned to fail early and pick myself back up no matter what obstacle was before me. Just as I see it was a part of me as a child, I do see that my son will also be an entrepreneur. Before he was 10 he was already planning out how he would make his millions. Now as a teenager he uses the internet to learn more about his plans. So for me I would say I was born with some gene that would not let me do anything else.

What do you think? Are we born with it, or do we learn from our environment?