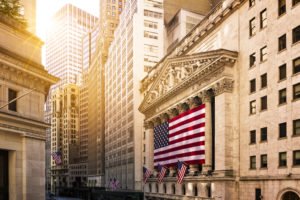 The economy continues to boom despite being in our ninth year of recovery following the Great Recession of 2008.

Last week, the FOMC decided to increase the federal funds rate by 25bps to a range of 1.50% to 1.75%. Further, they closed the meeting with guidance of at least a couple more rate increases during 2018. All of this culminates in the Fed’s continuing efforts to nurture the economic growth experienced over the last nine years while trying to head off the potential for another 2008 scale recession. But this goal can’t be achieved by monetary policy alone.

With an aging population and employment basically considered to be at “full employment” levels, many believe that the U.S. economy will continue to struggle to organically supply its labor force demand. This has led to many level-headed solutions concerning immigration reform whereby the immigrants’ skills and employment-based criteria are the driving factors rather than the roughshod manner in which immigration criteria are currently being applied. Immigration is great and the foundation of our historical growth, but immigrants in today’s geopolitical world need to add value to an economy, not be a drain on it.

In the 90s, technological innovation progressed at such a rate that while it fueled much of U.S. economic growth, it also led to drastically higher efficiency and productivity gains (~3% in the 90s) while dampening inflation. Today, productivity increases have slowed dramatically to around 1%, while wages have grown with a tight labor market. This creates the bulk of the inflation pressures that monetary policies are trying to address in the short-term; however, this exposes one of the great weaknesses of the U.S. economy: a skills and educational achievement gap relative to the rest of the developed world.

To stabilize inflation and monetary policy in the long-term, the U.S. will likely need to focus on improving math, reading, and science capabilities of its future workforce if it wants to foster productivity gains while contributing to higher and more sustainable GDP growth.

To summarize, interest rates are going up, and it just might be that our failing education system and immigration standards are to blame in the long-run. While the reasoning might seem simple, the “fix” is heavily politicized and generational. So, everyone dig-in because this is going to take a while.

In addition to intriguing economics insights, Metropolitan Capital Advisors has a unique track record in commercial real estate finance, including healthcare and senior living related projects for over 25 years. The next time you have a healthcare or senior living financing question, reach out to Kevan McCormack at MCA.