There is a lot of different commercial construction activity taking place in Central Pennsylvania. Looking at the top commercial real estate projects to be delivered in 2018, there are two retail projects and 4 Class A industrial projects that will enter the market, bringing with them new businesses, jobs and consumers. Let’s take a closer look at these top projects to better understand the likely impact they will have on Central Pennsylvania’s economy both now and into the future.

Lancaster County has two retail real estate projects under construction that are projected to have a significant impact on jobs and the economy. The anchor stores for each of the two projects are supermarket brands we have come to know and love – and ones that will surely attract consumers far and wide.

The smaller of the two projects is the Crossings at Conestoga Creek, located on U.S. Route 30 in Lancaster. The 90,000 square feet of retail space being developed will be anchored by Wegmans which will become the county’s second largest supermarket, trailing only Shady Maple Farm Market in East Earl, which is 150,000 square feet. With annual sales of $7.4 billion, Wegmans is the nation’s 32nd largest supermarket chain.

The Crossings, which sits on a 90-acre site between Toys R Us and the Lancaster Post Office, is being developed by High Real Estate Group. This new retail space will create a substantial number of jobs and attract shoppers from surrounding counties. The Wegmans store anticipates the creation of 500 to 550 new jobs, and they have already begun hiring for their grand opening in 2018. 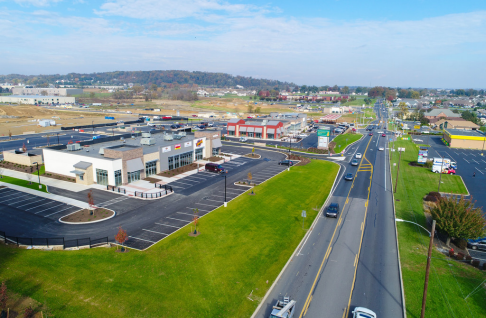 Lancaster’s Manheim Township has exciting news of its own as it prepares to welcome the grand opening of a Whole Foods market in 2018. The proposed $130 million Belmont housing and retail project includes the market, other retail stores and homes on farmland just south of Route 30. 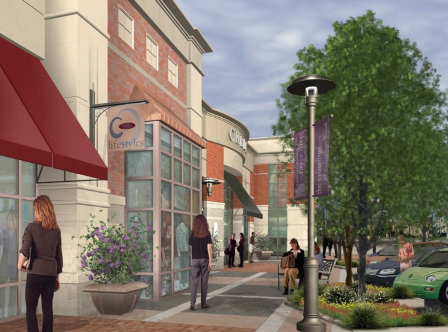 Anchoring the retail portion of the 110,508 square-foot project will be the 40,000-square-foot Whole Foods market. Additional tenants will be Two Farms, Inc. Panera Bread, Metro Diner, Fuddruckers, Citadel Federal Credit Union and Mod Pizza. The retail portion of Belmont will create nearly 1,000 jobs, while Belmont overall will generate millions of dollars in tax revenue for Lancaster.

Four new industrial real estate projects are also under construction in Central Pennsylvania. Though much larger in size, these spaces will have a slightly different impact on our local jobs and economy than Lancaster’s retails spaces.

The largest is the Class A industrial space located at 100 Goodman Drive in Carlisle. This is part of the Goodman Logistics Center Building 1. It was announced in August 2017 that the tenant for this 1,007,868 square-foot space will be syncreon, a global third-party logistics company headquartered in Michigan. From this prime industrial location, syncreon will have access to more than 40 percent of the population of the United States.

Another Carlisle Class A industrial space soon to enter the market is the warehouse at 100 Carolina Way. This 805,600 square-foot space, currently not pre-leased, is located next to Keen Transport, U-Pack and ABF Freight. The third industrial construction project is the 738,720 square-foot space located at 112 Bordnersville Road in Jonestown (First Logistics Center – Building A). Situated in the heart of the I-78 and I-81 industrial distribution corridor, the industrial park is designed to accommodate two Class A distribution centers. The second space will be delivered in Q3 2018. 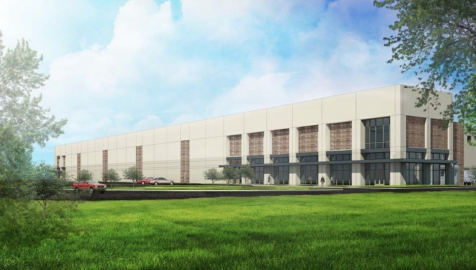 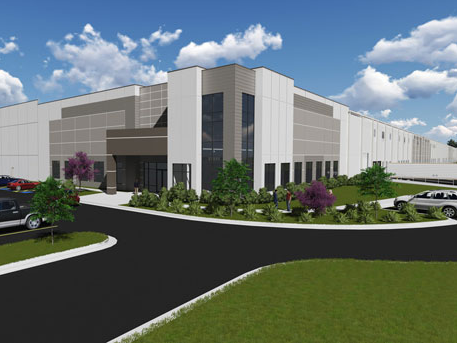 Rendering of the ACE Hardware expansion.

As Central Pennsylvania’s warehousing and distribution industry grows through the delivery of these new buildings, to what extent do you feel this will impact our local jobs and economy?

Join in the conversation by leaving a comment below!