Thinking Outside the Box

This post originally appeared on Marketplace Advertiser, Cardinal Business Financing Blog and is republished with permission. Find out how to syndicate your content with theBrokerList. 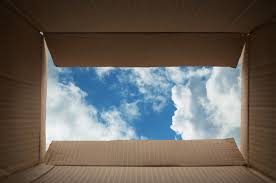 Trite or Spot on?

“Thinking outside the box.” Some view it as an overused, possibly trite term. To us at
Cardinal Business Financing, the phrase evokes an approach that only a creative thinker and passionate problem-solver can understand. It’s a phrase particularly germane to this story about two CRE investors, one of whom didn’t even know they were investors until one of our folks came up with an idea.

Everything is a Story in Lending

The story begins when a major bank called our office about one of its favored customers. Our relationships with banks are not adversary at all, quite the opposite. We can work deals that the bank can’t, and calling us sure beats allowing their customer the opportunity to go to a competitive bank next door.

The banker explained that he had a customer interested in an investment property; a vacant daycare center that has gone out of business. The customer (let’s call him Mike) had a signed offer to purchase a $350,000 building and has a tenant that has signed a 5-year-lease to occupy the building as a daycare center. Mike’s credit is excellent and he owns two other investment properties so he is no newbie to the CRE investment world. Pretty clean deal, right? Well the banker told Mike the best they can do is a 60% LTV, meaning Mike needs $140,000 down plus closing costs. Mike didn’t want to invest that amount cash into the investment. Is there anything we can do?

Stepping Outside the Box

We spoke with Mike and found no problems with projected debt service coverage ratio. However, Mike was only committed to a 20% down payment. That is when one of our staff had a eureka moment: “How well do you know your new tenant?” We found out through probing that the future lessee was Mike’s cousin, and they were very close. “You like your cousin?”, we asked. Mike answered, “Of course, we are best friends!” “Could you partner with your cousin?”, we probed. Same answer.

We set up a meeting with Mike and his cousin to discuss both of them buying the building together. We advised that they would have to set up an LLC, be partners in the daycare business and own the building together. We explained to Mike and his cousin that for an arrangement such as this, we could probably get a 90% LTV through the SBA. They liked the idea, and we suggested that they contact their attorney to draw up the LLC.

A Deal is Born

Four weeks later, we closed the deal which included additional cash for remodeling. The new partnership is working so well, we are now in the process of assisting them with financing another location.

All this came about because of a “what if” thought. The kind of thought that rarely happens “in the box”. At CBF, our process dictates that we find out as much information as possible about our clients so we can be as creative as possible in coming up with solutions to their financing needs. We dive below the surface to uncover opportunities which don’t occur in discussion with more standard financing companies.

Do you have an opportunity which requires some creative, out-of-the-box thinking? Bring it our way. We’ll have a nice chat and figure out how to make your idea become reality.

The post Thinking Outside the Box appeared first on Cardinal Business Financing, Inc..