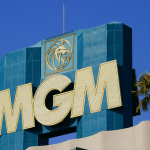 MGM Resorts International announced this week it’s selling its Bellagio and Circus Circus Las Vegas properties in separate real estate deals, The Wall Street Journal reports. MGM is placing the landmark Bellagio property into a joint venture that a Blackstone Group, Inc. real estate investment trust (REIT) will control. MGM will maintain a 5% stake in the venture along with $4.2 billion cash and will still operate the hotel and casino—which will rent from the joint venture for $245 million annually. MGM said the deal values Bellagio at $4.25 billion.

Meanwhile, MGM is selling Circus Circus to an associate of Las Vegas’ Treasure Island owner Phil Ruffin for $825 million, according to The Wall Street Journal. MGM has been looking at potential property deals in order to raise funds and pay down debt since its board of directors created a real estate committee in the beginning of the year. According to MGM Resorts Chairman and CEO Jim Murren, the sale will free up funds and provide the company with more options in how it can operate. Sports, sports betting, entertainment and a presence in Japan are some of the new business areas Murren is exploring, according to The Wall Street Journal.

“That is a better use of our capital resources than the traditional gaming model,” Mr. Murren said.
When Japan moved to legalize casino gambling, it opened the door for global casino operators for get licenses there. According to The Wall Street Journal, MGM Resorts embraced what it calls its “Osaka-first” strategy that will focus its efforts on getting a license there. MGM competitor Las Vegas Sands Corp. said this summer it wouldn’t pursue a bid to open in Osaka, but rather Tokyo and Yokohama.

MGM Resorts created REIT MGM Growth Properties, LLC in 2015. The REIT currently comprises the MGM-operated Las Vegas Strip properties such as Park MGM, Mirage, Mandalay Bay and most of MGM Resorts’ regional properties. The company still owns MGM Grand in Las Vegas, MGM Springfield in Massachusetts and maintains a 50% stake in CityCenter in Las Vegas as well as 68% ownership in MGM Growth Properties. However, Murren told The Wall Street Journal the company plans to own even less assets going forward.

The Bellagio is the second Las Vegas Strip property Blackstone acquired. It also bought the Cosmopolitan hotel and casino for $1.7 billion in 2014. The property was struggling at the time, but Blackstone invested another $500 million into renovations and finishing it and the Cosmopolitan now commands some of the highest room rates on the Strip. Now, Blackstone is looking to sell the Cosmopolitan and expects to get $4 billion or more for it, according to people familiar with the company’s thinking.

The investment in The Bellagio is a different one for Blackstone. The firm will play the landlord role and MGM will operate the property. According to The Wall Street Journal, Blackstone sees The Bellagio a secure investment that won’t require additional capital.