Takeaways – Winning Bigger 2017 and Beyond

August is an interesting month. I am still catching up from a week family vacation. The kids are back to school. The dust is just starting to settle from summer activities. And I am dusting off the business plan that I wrote in January, to see where I’m at, and how much further I have to go to achieve my dreams. August is the month where I can make or break the year. Because it leaves the perfect amount of time to really pivot into the 4th quarter. Choosing to recommit to ambitions means Winning Bigger in 2017 and beyond! Just ask Gary Vaynerchuk!

One of our core values at MDL Group is Community Engagement. It seems like we do something every month toward that end. Things like organizing a team for the Susan G. Komen 5K to adopting families at hospitals during the holidays to create a magical season while they are struggling with both health and finances. This year, we decided to do one thing bigger. Michael Campbell in our office has been a board member of Boys Town Nevada for over a decade. He put us in touch with Donna Pacella, Development Director.  We asked “what problem can we solve for you?” They asked for backpacks.

May 1 – June 30, 2017  we created the MDL Group Backpack Fundraising Challenged. That link is to a video when we launched –  1,700 people saw it! The first thing we did was challenged fellow commercial real estate companies to see who could raise the most backpacks for Boys Town Nevada. The challenge was simple. There was a $100 buy in. The company that raised the most backpacks between May 1st and June 30th won the pot, a trophy, and bragging rights.

Nine total companies accepted the challenge. They are listed below. We set an initial goal of gathering 2,500 backpacks collectively. We chose that number because Boys Town Nevada serves 900 families in Las Vegas. Those 900 families have about 2,500 children. I should mention Boys Town serves boys and girls ages K – 12. 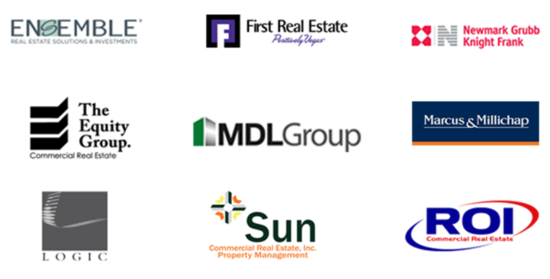 Before I tell you the rest of story about the backpack challenge I want to share with you where I got this idea of Winning Bigger. Actually it’s #winningbigger2017!

If you have been around Las Vegas for any amount of time you probably know Ruth Furman, Owner of Image Words, a PR company. You only have to meet Ruth once and you’ll never forget her. If you have never met her in person there is a very high probability that you have seen, read, or heard her words. I met Ruth in 2015. We were introduced to explore if our company could use her PR expertise. Ruth did what smart business owners do and showed us her value by example. If I’m being totally honest I didn’t recognize just how ridiculously talented Ruth is back then. You know the adage. When the student is ready the teach appears. I just wasn’t ready. But I also never forgot her!

Ruth and I reconnected at that NAIOP Spotlight Awards in March 2017. We bumped into each other at the bar in the back of the ballroom. I had noticed Ruth on social media that year. She kept posting something that captured my attention. Ruth ended every post with the hashtag #winningbigger2017. In fact, that was the first thing I said to her that night. “Ruth! Winning Bigger 2017!” It’s sounds so stupid to me now as I’m writing this. But what Ruth did with the hashtag mantra… It’s subtle. It’s simple. And its brilliant. I’m going to come back to this. Because Ruth is going to show up again in our backpack story in a big way… in a #winningbigger2017 kind of way!

This is a playbook of what the commercial real estate industry did to #winbigger for Boys Town Nevada. Actually, for the kids who live right here in our community, who don’t even have the resources to buy a backpack for school. I am still shocked when I think about what we were able to accomplish. It actually makes me emotional. There is a video at the very end that the magnificent Nathalie Mills made which brings it all home. There are a lot of videos and links in this post. But please make sure to see the one at the end. It’s titled “Thank you”.

When we conceived this challenge, we wanted to tap into the friendly competitiveness of our industry and channel it for those boys and girls who need it. And guess what happened… that’s right… #winningbigger!

At the end of the day we set out to solve a problem for Boys Town Nevada. Michael Campbell says this challenge created a miracle for those boys and girls. I believe we created an opportunity for others to create magic… and over the course of two months… they did!

It’s a double edged sword when you challenge your competitors to something like this. I mean, it’s our idea. What if we lose? To raise the stakes even higher, Hadley Hodgkin from The Equity Group, called me out publicly on Facebook for a side bet. If they raised more backpacks than us I would have to personally donate an additional $500 to Boys Town and vice versa. I took the bet! So that’s how it started back in May. There was a $900 pot, pride and a personal $500 side bet for me and Hadley. But we had a plan. We were supremely confident. We came out with cannons!

Before the launched we organized our strategy. Property managers, operations support, brokers, accounting… everyone would engage our clients, colleagues and vendors to ask for backpacks and monetary donations. We knew our competitors would do the same. We needed secret weapons.

The first was creating a gofundme account to make it easy for people to donate. Our goal was to raise $1,000. We had to increase it to $2,500 by the third day. We raised it again to $3,500 on day 7 because we kept surpassing our goal. Ultimately, we raised $5,750 just from our gofundme account.

The competition was feeling the heat.

But they didn’t exactly sit idle. They traveled to the extremes! 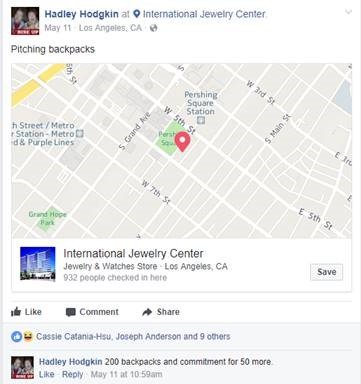 We got creative, made a promo video, re-imagined our logo, and changed all email signature blocks company wide.  Every time an email was sent from any of our 40 + teammates it was an advertisement and had this video linked to it. Go ahead. Click it and watch! It’s only 0:65 seconds 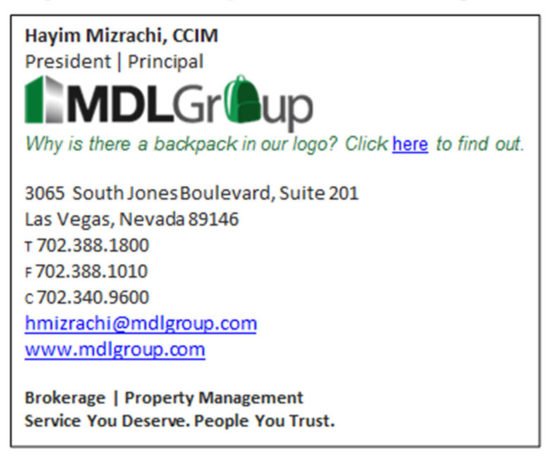 We made a video for Cinco De Mayo and posted it all over our social media. This one is only 0:45 seconds.

We even managed to break Amazon.com twice during these two months!! I know that sounds crazy right? Only Kim Kardashian can break the internet. But I promise. We did it too! That’s because of secret weapon #2.

We have an Extreme Couponer in our company. When we finally bought backpacks, we got them for under $4 per unit. Going rate at Target for the same quality is $9. 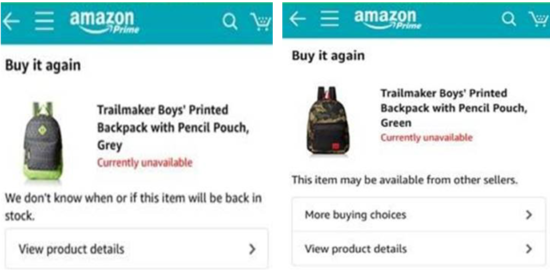 Another thing we did in the ‘secret weapon’ category was created a list of influencers and asked them to join in. Influencer in marketing is something that you should really know about, if you don’t already. It’s estimated to be a $5 – $10 billion industry just in the US. By the way, I first learned about influencer marketing from Gary Vaynerchuk. Another good video here.

Jason Feinberg was the first influencer to answer the call. You know, the co-host of Fox 5 Live and the three-time Emmy winning journalist. By the way – Jason is #winningbigger2017. He got engaged!

Jason got us on Fox 5 Live to talk about the challenge.

Another media mogul to lend his mic was Bob Fisher. He had us on his live radio show Vegas Observations.

At this point you get the gist of how things were going. We were on fire! So let me bring Ruth back into the story and let’s talk more about #winningbigger2017.

Ruth got involved in her brilliant way. Finding Win-Win opportunities for her clients and our cause. The first thing she did was get the restaurant Table 34 on board. They created a special dish, the Boys Town Bison Burger, where all proceeds from this special would be donated to Boys Town. Here is Chef Wes Kendrick showing us how it’s made!

The other thing Ruth did was over the top! She got us connected with Metro Diner as featured on the Food Network show Diners, Drive-Ins and Dives!  When Metro Diner opens a new location they gift the opening weekend to different charities. You know how a restaurant will have a friends and family soft opening so they can train the staff and work out kinks? Metro Diner is so engaged in the communities they serve, that friends and family to them, are local charities.

In the case of the 7305 S. Rainbow location which opened July 15th the charity was Boys Town. Diners that day were invited to eat either breakfast, lunch or dinner. When they were presented the bill it was zeroed out. Instead they asked for a donation for Boys Town. They raised over $4,000 that day! That made Ruth Furman the single largest fundraiser, more than any other individual, in our backpack challenge.

And if that wasn’t enough, look how many times she got our cause mentioned on TV.

In case you’re curious where this notion of Winning Bigger came from like I was, I turned the tables on Ruth a bit, and interviewed her. This is the tie off to the opening message about August being a terrific month to recommit to your dreams and to focus on #winningbigger2017!

HM: Where did #WinningBigger2017 come from?

RF: I’ve had a mantra manifesting itself as a social media hashtag for the last several years. Chasing Joy 2015 and Choosing Joy 2016 were a few. I realized as an entrepreneur, I can’t always choose joy and win bigger, but I can try.

Remember I told you… Ruth is ridiculously talented!

The top-off for the backpack challenge for us was July 14th when we all went to visit the Boys Town campus on North Mojave and Washington. The purpose of our visit that evening was to deliver the remaining backpacks to the Boys Town families. I say remaining because on June 23rd, 8 elementary schools served by Boys Town’s School Initiative Program, came to our offices to pick up however many backpacks they needed for each and every student at their campus. These schools are also listed below.

I cannot tell you how fulfilling this all was. But what I also need to tell you is how encouraging it was when the community to showed up the way that it did. Our good friends at Capriotti’s Catering not only contributed to the backpack challenge, they catered the July 14th event for 150 people!! 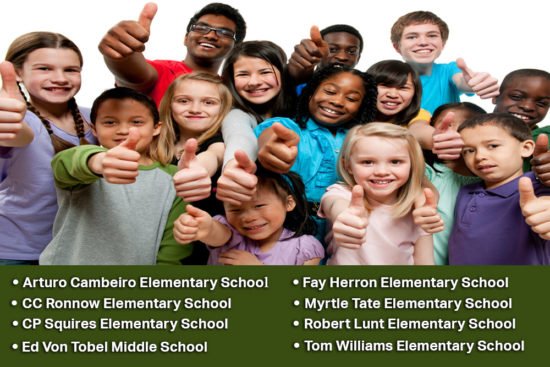 This is the “Thank you” video that I mentioned in the opening. Please watch it to see who all participated with collecting backpacks, donations, and love! I promise, you won’t be disappointed!!

We have a phenomenal industry of dedicated professionals who go above and beyond for our community! Now go out everyone and commit to #winningbigger2017!!!!!!!!!!!!!