Takeaways – This is a Football

“Gentlemen, this is a football” is how the greatest NFL coach that ever lived, Vince Lombardi, started out every season with his team. Rookies and veterans alike would hear the same speech starting with the most fundamental part of the game… “this is a football.” Do you know what Lombardi did after he described the ball? He reaffirmed “I am the coach. You are the players.” He would then take the team out of the locker room and show them the field. He pointed out the out-of-bounds lines and the end zones. He would remind the players that the point of the game is to get the ball across the end zone line. It almost seems absurd! But you can’t argue with the results.

Thursday, July 20th NAIOP Southern Nevada’s breakfast program featured the Nevada Legislative Review: A Discussion of the 2017 Legislative Session. The room was absolutely packed. The moderator was Mitch Fox with the Porter Group. The program sponsor was SR Construction. Thank you Scott Loughridge!! You are the man. And my kids enjoyed the little hammer tchotchke.

First of all, check out those names! There aren’t very many organizations in town that can summon this many, and this caliber of elected officials for a breakfast program. Kudos to NAIOP. On to the Moderator. Fox is a class act. The dude is super versed in legislative affairs. He has a natural presence and presentation airiness about him, similar to an Ambassador to the UN. That’s clearly because he has been in the legislative game for 30 years and is an Emmy-nominated television news reporter. As smooth as Fox was that morning, Assemblyman Anderson stole the show. I say that because every time he addressed the audience he reduced his commentary to plain English. You’ve heard of “legalese”… After this program I am coining a new term… “legislativese”.

Slang; technical jargon used by lawmakers that is often beyond the comprehension of the nonlawmakers.

Moderator Fox did his job. In fact, he did a great job. He asked terrific questions and facilitated a probing discussion among the panelists. A lot of it was over my head though. It was over my head in the same way that a random episode of Game of Thrones would be over someone’s head if they weren’t totally current. If you’re a fan you know what I mean. Monday at the office there are a handful of folks, either at the coffee maker in the morning or at the table during lunch, that have this discussion: “Did you watch Game of Thrones last night? OMG – what did you think about the reunion between Arya Stark and Nymeria her direwolf? What the heck was that even about? Why didn’t Nymeria want to go with her to Winterfell? Oh man, don’t you remember, Nymeria moved on when Arya shooed her away in the second episode of season one so she wouldn’t be killed by Cersei for biting Joffrey. And when Arya said, “no, that’s not you”… well that was like what she said to her dad when he told her she would grow up to be a princess and live in a castle and all that.” And next to this group is Johnny from Accounting who has no idea what they’re even talking about!

Like the Game of Thrones example, it seemed like each question to the NAIOP panel required a background from the panelist who was answering. And if you’re not totally up to date on each of the issues and all of the characters then it was over your head. For example, the first question Fox posed was “When you think back to the 2017 Session, what would you say it was known for?” Jon Leleu gave the most elaborate answer. But in order to do that he went back to season one episode two… err I mean he went back to the 2013, and 2015 legislative sessions to give us perspective.

That’s how most of the answers went. And if the panelists didn’t give the background… legislativese. The next bit of exchanges were like a blur. And I even took notes. They got into a discussion of how the media portrayed the session with a lot of dissent vs. the realities that they perceived behind the scenes. So many acronyms got thrown around – ESA – SJR – SB this – SB that – GoT – JK – WTH?! They talked about the UNLV Medical School, property tax caps, and at some point a need to change energy policy.

So, “This is a football” is what came to mind about ¼ of the way through this “discussion”. To be clear, its wasn’t the panelists fault that this program was over my head. It’s my fault. It’s my responsibility to be up to snuff on the legislative process and up to date on the issues. Just like if Johnny from Accounting wants to participate in the Monday Game of Thrones discussion at the office, it’s his responsibility to be current on the show. So the rest of this post is going to be a “This is e a football” type read about the Nevada legislature.

If you were at the NAIOP program with a blank look on your face like me… then spend a few minutes to get up to snuff. There is a really good article at the end that covers the specific legislation from the 2017 session, one heckuva Lombardi quote to check out, and a prediction about Bulletproof coffee.

If you are one of my readers that lives outside of Nevada, you can probably skip most of this. I’ll have something more interesting for you in my next post. So…

•  How many members and what is the structure of the Nevada Legislature?

•  What is a bicameral body, what is biennial, why should I care? 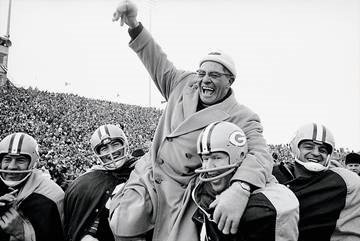 OK – you made it this far. Keep going and I promise you will be more interesting at the next cocktail party when Nevada Legislature trivia comes up! Or even better, you’ll make a better and more informed citizen. 😊 😊 I learned a lot putting this together. It actually felt like I was preparing for a high school exam. Don’t worry this won’t be on any tests. And to make it super-fast to get thru I put everything into bullet points. Before we start… a word from Vince Lombardi!

“After all the cheers have died down and the stadium is empty, after the headlines have been written, and after you are back in the quiet of your room and the championship ring has been placed on the dresser and after the pomp and fanfare have faded, the enduring thing that is left is the dedication to doing with our lives the very best we can to make the world a better place in which to live.”

•  The Nevada Legislature is a bicameral body – meaning it consists of two separate chambers or houses
•  The lower house is the Nevada Assembly – with 42 members. If you care currently 25 are male; 17 female; 27 Democrats; 15 Republicans
•  The upper house is the Nevada Senate – with 21 members. Currently 13 are male; 8 female; 11 Democrats; 9 Republicans; 1 nonpartisan
•  For those of you who don’t do math in your head at this hour – there are 63 total elected members

•  Assemblymen and Assemblywomen are elected for two-year terms with term limits of six terms (up to 12 years)
•  Senators are elected for four-year terms with term limits of three terms (up to 12 years)
•  The qualifications for election into the Assembly and Senate require a person must be a U. S. Citizen, at least 21 years old, a Nevada resident for 1 year, and to be a qualified voter in the residing district
•  To run for Governor by the way, a person must be at least 25 and a citizen of Nevada at least 2 years

•  The Nevada Legislature meets biennially – meaning every other year – and on odd numbered years
•  They convene on the first Monday of February following the election and conclude 120 days after
•  The 2017 session was the 79th session, it adjourned June 6th at 12:19 AM 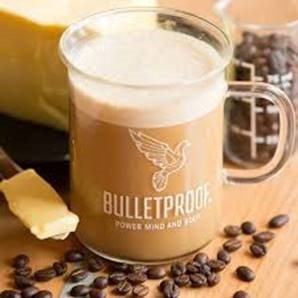 Now that we have a base of knowledge let’s get into the session. Who won and who lost? What were the issues?

Here is a very well written article that I promised you. It goes into all of that. I say well written because it lays out each issue in an outline with a concise description or background.

Shazam – Now we are all better and more informed citizens!! So let’s ‘do with our lives the very best we can to make the world a better place in which to live.’