One of the things I am committed to is capturing my Takeaways from the various events that I attend throughout the year and sharing them. Click here for Previous Takeaways. 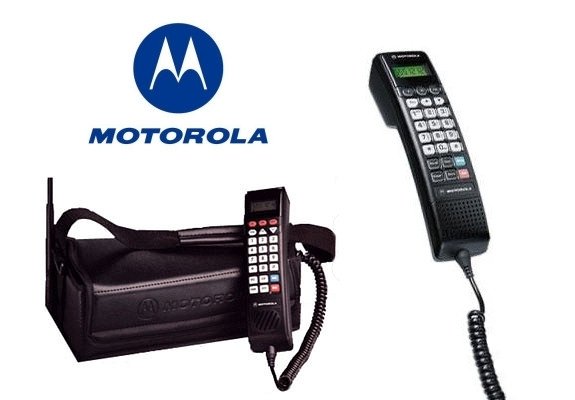 Thursday, February 15th NAIOP Southern Nevada’s breakfast program was titled – “Lessons Learned from a Rich History of Development in Las Vegas.”  That morning we were graced with The Moderator of moderators. None other, than Mr. Rick “It Matters” Myers, President of Thomas & Mack Development.

The panel that morning … whoooooooo weeeeeeee! The panel was a doozy!

Thank you to Michael Hoshue with Cox Communication for sponsoring!

It was so interesting how Rick opened the show. In the introductions he asked every panelist what year they started in the business. Look back up at the list of panelists. The year at the end of each name is when they started.

Those who attended this breakfast were seriously treated with three types of content which I will outline in just a moment.  First, I want to rub it in a bit for those who were not there. Unless you lived it, where else, and how else would you be able to get the domain knowledge of Las Vegas commercial real estate development over the last 20-40 years?! This program was incredibly insightful. Fortunately, there are these Takeaways. But reading about it here is like getting ice cream from the freezer at home vs. the ice cream truck. It’s just not the same!

Ok. What were the three types of content shared?

First was an overall history and evolution of development from when Mark Fine put Raytheon in Summerlin when nothing else was around it to when America Nevada started development for Ford Motor Credit’s office in Henderson having only signed acceptance of responsibility for the engineering in order to obtain permits early. There were about a dozen such stories. Each one illuminating context in buildings that we drive by daily. In this era it would take 3 months to get entitlements and 6 months to put up a building. How do you like them apples?

Second was a technical discussion about construction and development. I was watching the panel closely. Frank Martin was clearly having the most fun. As the slides changed from project to project a knowing smile never left his face. Mostly the panelist talked about the importance of concrete tilt-up construction in the valley’s development; how the opening of the 215-beltway changed the game and brought in merchant developers (different than the legacy developers like Thomas & Mack and America Nevada Corporation); how class A office rental rates were $1.35 NNN per square foot with an $18 tenant improvement allowance in 1986; and how “big” industrial buildings went from 180,000 square feet then to 800,000 square feet today.

Mr. Doherty raised an interesting question which I would like to restate for obvious reasons. Or maybe obnoxious reasons. In the last 20-40 years… with advancement in technology… why is it that the time frame to obtain entitlements has tripled while time frames for constructing buildings has remained virtually the same? You would think with digital and automated technology time frames for entitlements and permits could be reduced by a factor of 3 not increased by a factor 3? We’ll just leave this right here.

The final type of content was the “so what?” Let me tell you what I mean. It’s February 2018. Las Vegas is a blaze with developments small and massive. We have professional sports for the first time in our history and in a big way. More people are flying into McCarran than ever before. Why the heck should any of us (actually it was about 230 people in the room that morning) waste precious time listening to war stories from 20, 30, 40 years ago???

This is what I wrote as I sat in the room that morning collecting my overall thoughts about the event:

“What occurs to me is how much more work we can do to make ourselves more sophisticated. I’ve been a commercial real estate professional for nearly 14 years. In brokerage sales you move forward. You charge a head to the next deal and the deal after that. If you don’t, you starve. How important is it to learn the history of the conditions that existed to get us where we’re at today as a city? We find ourselves in the midst of an incredible evolution in Las Vegas. It is so important to pause and take inventory, so we can cast a vision forward.”

But don’t take my word for it. I got to catch up with a real mensch Shawn Danoski, CEO of DC Building Group, after the breakfast. I asked him what he thought. Why is a program like this good and relevant?

His take was more refined as it usually is. Dude is smooth. But not smooth like in a cheesy way. More like in a sage way.

Shawn fired off that we just heard about the journey of how Las Vegas arrived at 2 million people in population. And that we’re at the dawn of the journey to 4 million. His was a different perspective. I have been focused on the projects flying up everywhere. Shawn anchored his focus on population. Let’s chart some numbers shall we?!?!

According to this Clark County Demographic Summary, right around the time young Dan Doherty started brokering (1990) the population in Clark County was 741,000 people. I almost don’t believe this, but it practically doubled to 1,375,000 by 2000 and reached 1,951,000 people by 2010. Today we’re estimated to be hovering around 2.25 million.

So this! The population has tripled in the last 30 years. And we didn’t even have VGN, the Las Vegas Raiders, or MJ (for it or against it, it’s legal and people like it). What do you think is going to happen over then next 10, 20, and 30 years in this little gaming town out west?

Evolution is undeniably among our city in a big way. Heed the words Rick Myers spoke again and again from the podium that morning;