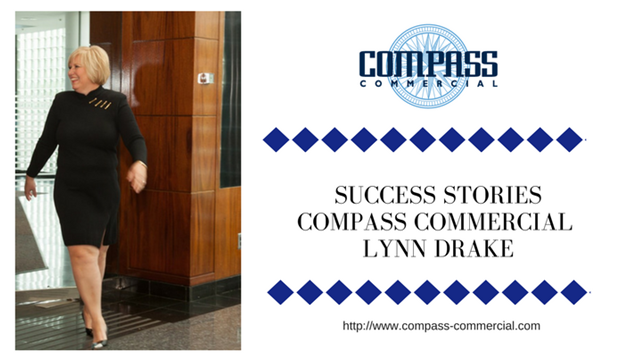 The Girl Scouts had a long-term lease at the Fisher Building in Detroit Michigan. Their rent was significantly over market and they had more square footage then they needed.
They also faced many issues as a tenant, including: Bankruptcy of the building, conti-nual maintenance issues which caused property damages to the space and furniture, and Osprey (a protected bird) building nests next to the windows, which meant the te-nants couldn’t use the adjacent space.
Compass was tasked with identifying potential buildings to lease in the Detroit market that didn’t charge for parking.

More than 20 potential buildings were identified. The team toured seven locations and sent out three requests for 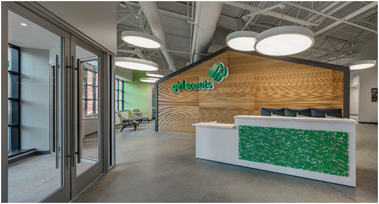 proposals, including one from the new landlord as the Fisher Building had been purchased out of bankruptcy. The new landlord was working to catch up on the maintenance, but while doing site plans for the space it was determined there were so many columns in the proposed space that it couldn’t be laid out efficiently.
Negotiations on the remaining locations were completed simultaneously. In the end, 1333 Brewery Park was chosen. Some of the points negotiated on behalf of the Girl Scouts were: 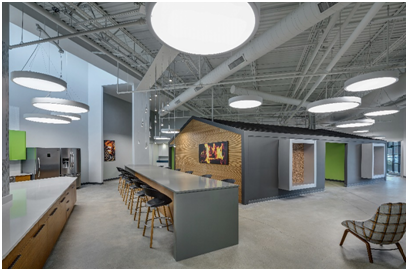 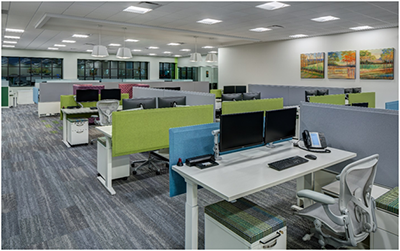