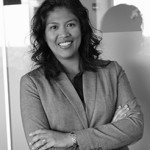 I recently finished listening to the biography of Steve Jobs on Audible. This was a long book to listen to that spurred various emotions and provided moments of enlightenment. When I began listening to this book, I was amazed by the creativity, innovation and passion that Steve Jobs had for the product that he was designing, whether it was an Apple product or a Pixar movie. As the book progressed, I became discontented by his approach to handling his team, his definite lack of emotional intelligence, his childlike tantrums and in some cases his attitude. At one point, I found myself agonizing over finishing the book because I didn’t really care to listen to how he treated other people—how everything had to be his idea and his obsession over control. 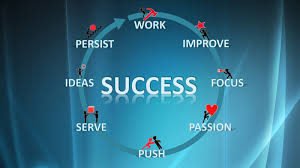 During the last 3 hours of the book, I came to appreciate what Steve Jobs stood for. He was an artist who obsessed over the perfection of his products. He wanted to deliver an experience to the end-user that they would not get from anyone or anything else. He surrounded himself with brilliant teams of designers, engineers and  programmers that he motivated and inspired with his vision to change the world. And during the last years of his life, he realized the importance of giving back through mentorship to younger innovators and entrepreneurs such as Larry Page, founder of Google, and Mark Zuckerberg, CEO of Facebook.

I learned many lessons throughout this book, a few of my favorite leadership ones being:

-As leaders, we need to believe in what we do and know where we’re going. We need to passionately cast this vision to our team in such a manner that they embrace this vision as their own.

-Surround yourself with people who have strengths that you do not have. Steve Jobs would not have been able to start Apple without Steve Wozniak who developed the circuit board and operating system that launched Apple.

-Failures are necessary experiences to learn from.

-Some of the greatest innovations and companies were founded on changing or improving the lives of people and not about profit margins and money. Profit margins, managing income and expenses are an important part of the sustainability of an organization but it isn’t what defines who they are.

-Continually look at ways to help our end use and understand why they buy our products and/or use our services.