As you have probably noticed, the global financial markets have been going through a period of turmoil. The fundamental issues that underlie the stock market corrections haven’t changed and we shouldn’t be surprised with continued stock market swings.  The text that follows will provide a macroeconomic backdrop for these recent market fluctuations and will serve as a reminder of CRE’s importance as a long-term investment, the time for which could not be better. 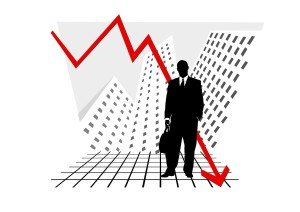 The global economy has encountered powerful headwinds in recent months, buffeted by a wide-ranging onslaught of fiscal and geopolitical challenges. Drags on growth have extended from a near-collapse in Chinese stock markets to the question of a Greek exit from the Eurozone to recessions as far away as Russia and as near as Canada. The United States is hardly immune to these strains on stability and the American stock markets have been prone lately to exaggerated swings.  This is reflective of investors’ rapidly changing assessments of the global outlook and its implications for macroeconomic trends at home.

Popular discourse has credited the current bout of global volatility to the slowdown in the Chinese economy and the difficult correction in its stock markets. In the face of weaker Chinese demand, headwinds may strengthen well beyond its borders, reflecting the importance of the world’s now-largest economy for its trading partners. Concerns about the magnitude of these spillovers has acted as a drag on Asian, European, and North American markets. Even if China has served as the proximate cause, many investors see an overdue market correction at work. In both scenarios, continued uncertainty over the timing of the Federal Reserve’s first interest rate increase – the first such move in nearly nine years – remains an overarching source of uncertainty.

Rather than undermine demand for real estate, the recent vagaries of the global market have largely reinforced the underlying thesis for property investment.  The persistence and stability of cash flow and long-term prospects for appreciation are both indelible characteristics of well-managed and well-tenanted commercial real estate. And while the role of commercial real estate as a defensive investment is highlighted during periods of market uncertainty, neither of these characteristics depends on continued instability or will reverse when conditions improve or nominal interest rates rise.  The long term role of CRE investment is rock solid.

The fundamentals performance of real estate and its attractiveness to investors are both tied intrinsically to the health of the recovering American economy and the jobs market in particular. The momentum behind recent job gains in the United States is largely independent of the disruptive forces at work in global capital markets. And there is room for further improvement – a leading indicator of employment trends, there are more job openings in the United States today than we have ever seen. Heading into the Fall, the Bureau of Labor Statistics reports there are a record-high 5.8 million jobs now available.

As Advisors, we serve a critical role in guiding buyers and sellers when broader market conditions are in flux. Some clients will inevitably exhibit greater sensitivity to changes in the global context of US growth. By the same token, some investors will pare down their commercial real estate portfolios because its relative strength has left them overweighted to the sector. Advisors’ market- and asset-specific insights are essential to the success of our clients and partners as they navigate choppy waters. Understanding their needs and how real estate can support their investment objectives is the Sperry Van Ness difference.

In other words, it’s a great time to talk to your clients and to new prospects. In these uncertain times, they need the help and guidance that you, as a Sperry Van Ness Advisor, are so very qualified to provide.

The role of #CRE as a defensive investment is highlighted during periods of market uncertainty. Click To Tweet 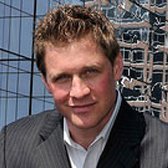 About Kevin Maggiacomo – Kevin Maggiacomo serves as President & Chief Executive Officer of SVN and is responsible for the company’s mission & vision. Propelling the company’s expansion across the US and beyond, Maggiacomo has facilitated SVN’s growth from 7 offices in 2001, to more than 180 today. During his 14 year tenure, SVN has won numerous awards, including 2 Realcomm Digie awards for innovation, twice named to Inc. Magazine’s list of the Fastest Growing Private Companies in America, acknowledged by the Lipsey Co. as one of the most recognized brands in commercial real estate, and awarded Visionary status by CPExecutive.