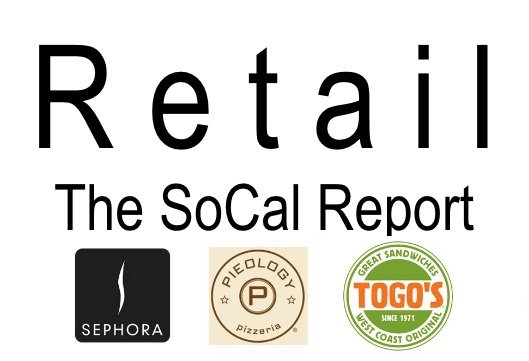 The blog that brings you Southern California’s most informed Commercial Real Estate happenings.

Togo’s is on the comeback trail with a couple of franchisee deals in California. One up North, and one for the San Fernando Valley. Following suit is PizzaRev whose aggressive expansion plans includes a franchisee in Riverside County. There is a food frenzy going on in Southern California, and I am interested in knowing how many more besides San Francisco based Cream is going to take advantage of it.

What does fashion have to do with luxury hotels? Everything, dah’ling! Just ask the folks erecting a masterpiece adjacent L.A. Live in DTLA at Fig Central. Apparently, in addition to hosting fashionistas in its rooms, the new hotel will bear the name and design of Roberto Cavalli. Who would have thought that DTLA would clean up so nicely?

And, speaking of clean ups. While this is definitely a relocation story, I have to put it here because Nordy’s has said goodbye to its digs at the Westside Pavilion and is heading over to hang out with the in crowd at Westfield’s Century City Mall. I remember back in the day when I was a burgeoning “b-girl” I spent my teenage years walking up and down the one hall corridor at the Fox Hills Mall with my girlfriends trying to get the number of all of the hot bad guys that used to populate it. These days, Fox Hills has experienced the same revamp that is happening all over Southern California in areas like Echo Park, DTLA, Rancho Cucamonga, and Silver Lake. Areas that were once known for seedy times have stepped up their game.

Speaking on about ratchet neighborhoods that made it to the big time, South Silver Lake is seeing itself get all dolled up by developers at the CIM Group. Word is they just purchased a huge parcel, and will be building a mixed-use something or other.

A mixed-use development is coming to San Diego in 2018 at One Paseo, and has expectations of over 500 residential units and retailers such as Pinstripes (there is bocci ball at this place, and I do not even know how to play it or what it is but I am excited to learn about it), Puesto and True Food Kitchen.

For all of you football fans, work is starting on the new NFL stadium in Inglewood this year. That area can expect a resurgence, so brokers get ready to populate.

Pieology Pizzeria has made its way to Culver City, and so has Ziggy’s. For those of you have never been down under, Ziggy’s is a happening Australian barbershop and salon and not that character from the History Channel’s Vikings drama series (although she was very entertaining before she was killed off).

Beverly Hills can expect a new well-monied retailer in June, because Sephora is opening an enormous brick and mortar space on North Beverly Drive. Yes, ma’am.

As always, I’ll keep my ear to the ground, and my eyes wide open as I head on out to industry events like ICSC RECon in May and CoreNet Global in October to keep bringing you the latest moves in Southern California.

See you at the Show, tahtah…Shar

Blog written by Shar Toler of Toler & Associates, LLC. Toler & Associates have been successfully servicing the commercial real estate needs of Southern California for a decade with factual and functional information that you can trust.

As the Founding Principal of Toler & Associates, Shar is a pioneer in the Commercial Real Estate industry. With expertise in Office and Retail Landlord/Tenant Representation throughout high-profiled markets, she is afforded a keen insight into the Southern California CRE scene. Prior to founding Toler & Associates she successfully performed local, national and international Landlord/Tenant Representation engagements with Cushman & Wakefield, Inc., Studley, LTB Commercial and Rosano Partners. In addition to her commercial real estate expertise, she brings a wealth of corporate and economic development knowledge from her employ with Deloitte Touche, Epson America, IBM, Nissan North America, Town of Apple Valley, the City of Grand Terrace and the Walt Disney Companies. Shar writes two bi-weekly columns for the San Bernardino American News. Follow Shar on Twitter too! @tolerandassoc