A Prime Restaurant site is different for each restaurant based on their concept and their target consumer. There are only so many corner locations at Main and Main and any good Commercial Real Estate agent can identify those spots. Finding Prime Restaurant Real Estate requires a significant amount of data but we will focus on a few general details including:

Based on your concept, you may target “young hungry guys,” or “health conscious women in their
mid-thirties,” or an aging baby boomer population. Whatever your target, demographic reports (demos) will be important.

The primary demographic data includes age, population density, income and race. Once the restaurant knows who their target customer is, they will look for areas of high concentration of that specific consumer.

Traffic is simple. The more the better! However, be cautious as there are some traffic patterns that can actually be a detriment to your restaurant. The speed at which traffic travels in front of a location can affect their ability to enter the restaurant site safely. Traffic can actually be too busy in front of a restaurant not allowing customers to exit because they get “locked” in. This is often the case at heavily trafficked signalized intersections where the traffic doesn’t flow as it should and backs up in front of the restaurant’s entrance. Customers tend to avoid these locations especially if they have limited time to eat such as their lunch hour. Finally, a site on the outside of a curve will allow a long view as the customer approaches making your restaurant visible like a billboard. The opposite is true when located on the inside of a curve.

Ingress/Egress is the ease in which a guest can enter and exit your restaurant. A major barrier is a median in front of your site not allowing guests to turn left in or left out. This causes an extra step for the guest that may require a U Turn to continue in their desired direction. If your concept is a QSR (Quick Service Restaurant), easy ingress/egress is critical. However, if you have a destination restaurant, that may not be as important (although all restaurants want the best access possible). While most restaurants prefer a hard corner, many find success with “flag” shaped properties. These are sites that are adjacent to the hard corner but also have access behind the corner property to the other street. In many instances, this also allows the restaurant to have an additional prime sign. It also creates an additional ingress/egress point improving access.

Traffic Generators are businesses or gathering places where larger amounts of prospective customers are going and allows a restaurant to feed off of them. Examples of traffic generators include big box retailers such as Wal-Mart, Bass Pro Shops, TJ Maxx and Nordstrom’s. Others include malls, larger retail centers, office buildings and industrial parks. Sporting venues like baseball fields or sports complexes are other forms of traffic generators.

The best way to identify prime restaurant real estate is to work directly with a broker that specializes in commercial real estate and specifically restaurants. 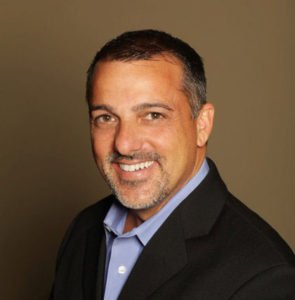 Impact of the Repeal of the Affordable Care Act and New GOP Plan on Commercial Real EstateRegional Spotlight: Destin