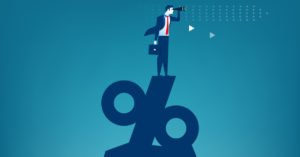 I recently presented a loan term sheet to a client of mine wherein there was a reset of the interest rate several years in the future. I was surprised to find a major institution would be quoting a rate adjustment in 2025 based upon a spread over LIBOR (“London Interbank Offered Rate”). The reason this was so surprising is that LIBOR is slated to no longer exist by the end of 2021. This is not a surprise as this has been known for some time now due to several scandals involving the rigging of this rate among major banks. However, why would a prestigious institution, one that is undoubtedly aware that LIBOR won’t be around in 2025, quote a spread over LIBOR for the rate adjustment?

I don’t have a good answer to that question, nor did they. Nevertheless, it does provide a nice segue into a discussion of what will happen to the estimated $200 trillion of loans and derivatives that are currently based upon the USD LIBOR rate. In the United States, the Alternative Reference Rate Committee (“ARRC”) was put in charge of finding a replacement for the USD LIBOR rate. ARRC declared nearly a year ago in June 2017 that the Secured Overnight Financing Rate (“SOFR”) would be the chosen index to which we would transition. SOFR is a broad measure of the cost of borrowing cash overnight through US Treasury securities, and it began being published in early April of this year. Each business day, the New York Fed publishes the SOFR on the New York Fed website at approximately 8:00 AM. Unlike LIBOR, SOFR is based upon hundreds of billions of dollars in actual transactions and not upon opinions of what the rate might be, hence eliminating the rigging mentioned earlier related to the scandals.

With six months of data now under our belt, it appears as though the average SOFR rate is approximately 20 basis points lower than the 30-day LIBOR rate. Expect to keep hearing more about SOFR as the market grows and more firms adopt it in place of LIBOR as an index. Bank and non-bank lenders will begin to refine replacement rate language in loan documents that start out using LIBOR as a floating rate index. Expect language to come in new loan documents and expect amendments to existing loans to commence in the coming months. This language may include a direct reference to SOFR. It is likely to include the potential for a spread adjustment to account for the daily difference between LIBOR and SOFR rates as lenders will be reluctant to make less money following the adjustment in the index. Also, expect the contracts to include “triggers,” that is, specific events that will cause a replacement index to be substituted for the initial one.

Swap and cap markets for SOFR-based derivatives will be available shortly as well so that borrowers can hedge their floating rate interest exposure as they do currently with LIBOR. The over-the-counter (“OTC”) derivatives market has evolved from varying floating rate indices over time, and the SOFR conversion should be no different. It would seem that in the early going, the switch to SOFR should be an improvement. At Metropolitan Capital Advisors, we have relationships in the derivative arena, such as the firm Derivative Logic (from whom much of this information was drawn), who are ready, willing and able to assist you in navigating these changing times and the management of your interest rate risk.  We seek to assist our clients with their commercial real estate financing needs. We welcome the prospect to evaluate your opportunities with you.

The Author, Charley Babb, is a Principal and Senior Director at Metropolitan Capital Advisors.  Charley may be reached at 303-598-7652 or [email protected]