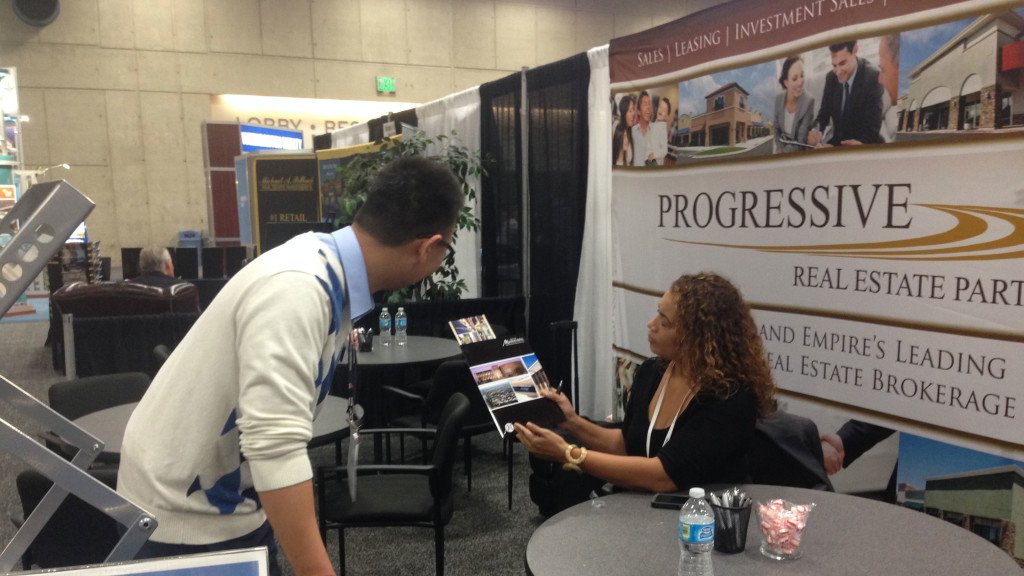 A couple of weeks ago, the Progressive Real Estate Partners brokerage team was out in full force working the San Diego ICSC Western Conference looking to build relationships, attract retailers to their projects, acquire knowledge, and get a pulse on today’s retail landscape. The conference theme, “Retail is Back in Black” with a rock n roll spin was “spot-on” given the momentum we’re experiencing in the retail industry.
After our team debriefed, these were our 5 biggest takeaways:

1. Southern California’s Inland Empire market is back! Now that vacancy has dropped substantially in Orange and LA Counties, the IE is on everyone’s list AND it’s one of the best places for brokers, retailers, and developers to source new opportunities. Since our firm specializes in the IE this was especially good news for us!

2. Cities are working the market aggressively. Our team met with staff from Norco, Menifee, Victorville, Hesperia, Chino, Rialto, Moreno Valley, Corona, Fontana, Montclair, Ontario, and Redlands. We were very impressed with the activity that is occurring throughout the region. Many retail projects that had been dormant for years are getting renewed traction. Rialto is clearly at the forefront of big changes. And, Menifee has gone from a city no one knew to one of the most popular cities in the region.

3. Retailers that attended the conference are expanding BUT carefully. It was great that ICSC implemented a new policy of inviting retailers to attend for FREE. I understand that this resulted in a tripling of the number of retailers in attendance. Overall, we found that the retailers are looking for new sites, but generally speaking they don’t have extremely aggressive plans. Personally, I am pleased with the idea of tempered growth. It is clear that site selection is a much slower, methodical, and analytical process. The days of the real estate and operation reps getting in a car and just agreeing to a site are over. There are simply more parties involved in approving a deal these days.

4. The Asian community is becoming more active. Their attendance was noticeably higher than in years past. This includes Asian retailers, owners and brokers. It is great to see this change as the lines of Asian and non-Asian communities are clearly becoming more blurred.

5. Attendees were optimistic, making deals, and having FUN! There were a lot of smiling faces, lots of enthusiasm and great comradery. There were also many who had not attended ICSC’s Western Conference in several years and they were excited to be back.

All in all it was a very successful conference for the PREP team and we came away with a lot of great info and inspiration. And, most importantly . . . Retail is definitely Back in Black!