Prospect Follow-Up is Not a Sprint – It’s a Marathon

This post originally appeared on tBL Marketplace Partner's ProspectNow Blog and is republished with permission. Find out how to syndicate your content with theBrokerList. 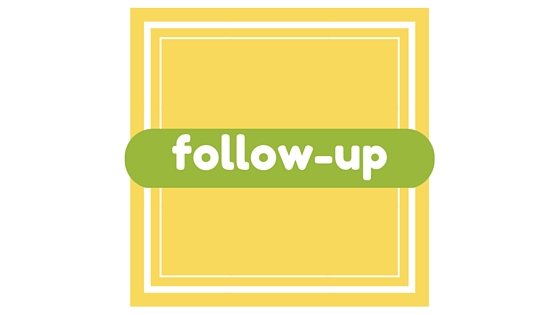 Today’s commercial real estate landscape looks far different than it did a decade ago – even just a few years ago, in fact. While personal connections and relationship management are still solid and traditional ways of communicating with your prospects, the Internet has changed the way we do business.

We’re connected in ways that we never thought imaginable. As such, consumers have become accustomed to near instant responses, unparalleled information and transparency, and expect sales professionals to go above and beyond in all new ways. These aren’t options in today’s market; they’re requirements. If so, how do you stand out from the crowd?

It’s in the follow-up. In many industries, it’s estimated that it takes between 7 and 13 sales touches to convert a prospect into a client. Whether you’re calling, sending drip emails, touching via social media, or work tirelessly for the in-person meeting, follow-up is a marathon – not a sprint. It requires a plan – and your dedication – to see it through to fruition.

How to Make Your Follow-Up Go the Distance

When it comes to making your follow-up go the distance, a good CRM system can do wonders for your closing rate. Not only will it keep you organized, many great systems will alert you when it’s time to make a touch and will allow you to make notes on pertinent information and your most recent interactions – thus allowing you to tailor your contact to be more personable.

But what else can you do? Here are a few tips:

There have been a number of studies on lead follow up that indicate time is of the essence.  I know if I had called Mr. XYZ even a few hours later, he would not have remembered the conversation with my customer. Whether you’ve just met a prospect for coffee, spent some time on the phone or exchanged business cards on the subway, be sure to follow-up right away.  Even a quick “thank you” to show appreciation for the prospect’s time can go a long way.

Steve Wayne is the founder of ProspectNow, an online database of millions of commercial properties that enables its users to close more deals with less effort. Steve has grown the company from an idea, into a nationwide platform with thousands of customers and millions
in revenue.

CRE Investment OptionsHold On While I Rock the Boat: What Happens to Your Tenants When You Sell Your Building
Comments: 1