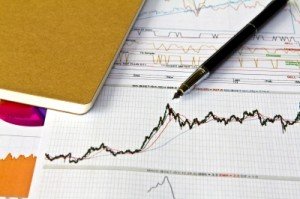 The leasing market for medical office space in the Valley for the Second Quarter, 2013 is reporting an increase in the average lease rate from approximately $21.15 per square foot, Full Service, in the First Quarter, 2013 to $21.92 per square foot, Full Service, this Quarter; which consists of 331 buildings over 20,000 square feet for a total of 12,927,690 rentable square feet, according to CoStar. Rental rates and vacancy rents have remained fairly flat for the past two quarters as hospitals and healthcare organizations prepare for the 2014 implementation of the Affordable Care Act (ACA). Many healthcare providers are still trying to understand the impact of the ACA to their business when it is implemented, and are waiting to make long-term real estate decisions.

The Valley is seeing consolidation occur among its hospitals and providers. The recent merger of Scottsdale Healthcare and John C. Lincoln allows for streamlining and/or sharing of services and operations that provide cost containment for each organization. Phoenix Children’s Hospital and Dignity’s St. Joseph’s Hospital and Medical Center combined their pediatric care, offering consolidated pediatric operations and services and therefore, a higher and more efficient quality of pediatric care. Individual providers are shifting in the market as well. While some remain in a “wait and see” mode, many have already joined forces to merge or have already joined larger practices or hospitals; whereas others have elected to retire from practicing medicine altogether.

As a result of consolidation, real estate needs for healthcare organizations have changed. Some healthcare organizations are opting to develop larger and/or specific use properties to house multiple practice types under the same roof, or offer a specialty up-to-date facility that accommodates their operation. Consequently, there is less demand for small provider medical offices. Therefore, this phenomenon is affecting the medical office market with build-to-suit developments by hospitals and/or larger healthcare companies to provide outpatient services rather than absorbing existing vacant medical space. Banner Healthcare and Cigna Healthcare are two that have recently developed specific-use facilities.

Banner Health has developed five outpatient clinics for 2013 that are each 21,000 square feet in size, along with three that opened in 2012. The following are four of these properties.

Cigna moved from an older property located at 755 E. McDowell where they occupied approximately 100,000 square feet, and built a new 95,000 square foot health facility on the former site of an old Qwest property.

In the Second Quarter 2013 there were 45 medical office sales transactions, 12 of which were multiple property sales, with a sales volume of approximately $48.4 Million; although only five transactions involved medical office buildings over 18,000 square feet in size. According to CoStar, the average cap rate for the Second Quarter 2013 was 8.38%, with an average price per square foot ending the Quarter at $144.08, considerably higher than the First Quarter’s average price per square foot of $67.55.

Please see below for a few of the top medical office sales transactions this Second Quarter, 2013 for buildings over 18,000 square feet.

New construction is underway on several projects in the Phoenix Metropolitan Area with some recent opening adding to the senior housing inventory.

Premier Assisted Living and Heritage Management of Omaha are partners in a 104,500 square foot assisted living/memory care project at 15048 W. Young Street in Surprise. The total cost to construct the project is $18 Million, and the Omaha group expects to be at 1,000 units owned and operated with the completion in 2013. The 16 unit memory care portion of the project opened in June, and the assisted living portion is expected to open at the end of August 2013. Mark Huey at Telis Commercial Real Estate is the local development partner.

MorningStar at Arcadia, once a four-story concrete structure at the northeast corner of 32nd Street and Glenrosa in Phoenix, will soon become a $25M assisted living/ memory care community. Redeveopment of the property is being completed by a joint venture between RED Group, LLC and MorningStar Senior Living, LLC. MorningStar at Arcadia will provide one and two bedroom suites ranging from 347 to 1,280 SF, along with personalized care, and a range of planned daily activities including restaurant style dining rooms and bistros, 24 hour staffing, weekly housekeeping, and a movie theatre. An Information Center is already on-site and the doors will be opening in October 2013.

Collectively, GPE Companies manages and represents over 9 million square feet of space, with clients ranging from individuals in search of space to publicly traded corporations. GPE has exceeded $2.25 billion in successful transactions. Currently members of many industry organizations including BOMA, NAIOP and Valley Partnership, GPE has been named a Top Leasing Firm by CoStar Power Broker Awards, recognized as one of the top firms by Ranking Arizona since 2008, and has been named one of the Valley's "Best Places to Work" according to Phoenix Business Journal.