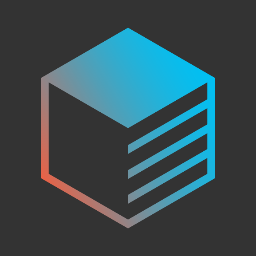 Our “Now & Then” charts compare the averages of important lease factors such as starting rent, tenant improvement allowance, and free rent over time. We have crunched the numbers for multiple markets and the results can be seen below. We examined the changes between now and the lows of 2010 for some markets, while compare to the highs of 2008. The conclusion for all is pretty much the same — things are improving. However, there are nuances to this conclusion which can be observed in the descriptions and charts below:

Despite the fact that the DC market has been relatively flat in the past couple of years, it is encouraging to see that starting rent levels in the CBD are above of what they were in 2008. Although, one sign that the office market is still struggling a bit can be seen by the fact that effective rent levels now are lower than effective rents in 2008. The reason for that is the generous TI and Free Rent concessions that are being offered by landlords.

The Airport Area submarket in Orange County has seen reduced vacancy and positive absorption in the past year. However, starting rents have been slow to follow suit. Overall starting rents in the submarket are 30% below the average rent in 2008. A positive indicator for future growth can be seen in the fact that concessions are lower than 2008 levels as well.

West LA, one of the most desired submarkets in greater LA, has seen moderate growth of 15% since 2010. The growth in starting rent is somewhat fueled by the increase of over 30% in tenant improvement allowance.

With steady growth in the Dallas market, the Upper Tollway submarket’s starting rents are now about 5% above of the 2008 rents. With lower TI and Free Rent numbers, effective rents are more than 5% above.

The starting rent in the North Financial District submarket has risen by almost 60% since 2010, along with the thriving tech sector.

May 3, 2014CompStak
6 years ago CRE Market ReportsChange in Office Rents in 6 US Markets, CompStak, Market Data74