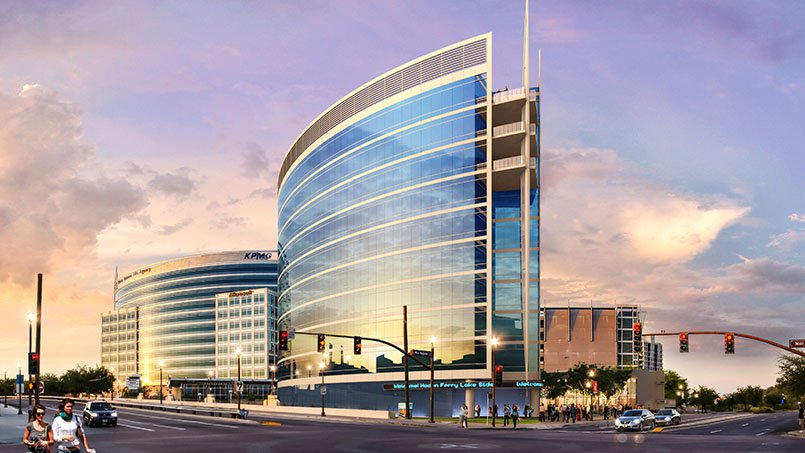 Trolleys will begin providing tours at 4 p.m. at Tempe Center for the Arts, where cocktails appetizers will be served until 7 p.m. Cost is $50 for NAIOP Arizona members and $100 for non-members. Register here.

Marina Heights
The final stop is Marina Heights, on the bank of Tempe Town Lake. The 2 MSF office and retail project is being developed by Sunbelt Holdings and Ryan Companies US. Completion is expected by 2017. 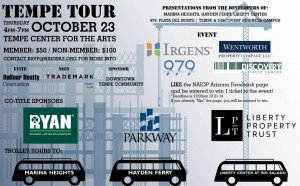