NAI Isaac’s Al Isaac: Retail on the rise in Lexington

The Summit Lexington will bring new retailers and multi-family residences to Lexington. 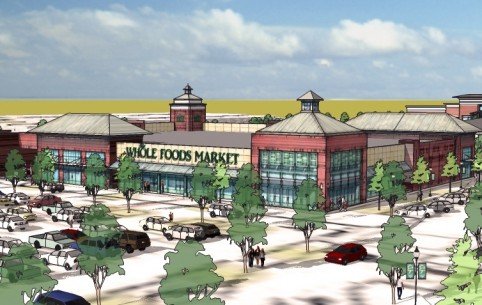 Retail is on the rise in Lexington, with three major retail developments set to bring new energy to the heart of this key Kentucky market.

And for Al Isaac, president of Lexington’s NAI Isaac, this is good news not only for the city but for its surrounding areas, too.

“If you think about the size of our market and the size of the new retail developments coming in, there is some exciting activity in Lexington right now,” Isaac said.

The good news? The long-term trend for retail in the Lexington market looks positive. According to NAI Isaac’s 2013 year-end market report, the retail vacancy rate stood at 6.37 percent at the end of 2013. And Isaac said that this sector has remained a consistent one.

Even during the worst days of the Great Recession, the retail vacancy rate in the Lexington market never rose much higher than 10 percent, he said.

“That’s pretty strong,” Isaac said. “Even during the height of the recession, our retail vacancy rate wasn’t that bad. Today, there is strong demand among national retailers trying to get into our market. We’ve always been a stable and diverse market. That served us well during the recession.”

One of the most important developments now taking place in downtown Lexington is CentrePointe. This development will include office space, luxury hotel rooms, apartments and some retail and restaurant space. The overall mix is expected to include 300 full-service hotel homes, about 100 apartment units, 10,000 to 11,000 square feet of retail space on the ground floor of these apartment units and a 160,000-square-foot office building. There will be additional retail and restaurant space on the ground floor of the office building.

“This new development is certainly a positive for the downtown area,” Isaac said. “Anything that brings more people downtown is good for the city.”

Construction has just started on this project developed by the Webb Companies.

The Fayette Mall in Lexington has always been a retail destination in south suburban Lexington. The mall, though, is now branching out. Its owners are remodeling the former home of Sears — which closed its doors last year — and bringing in a new slate of retailers to the mall.

Among the major retailers coming to the Fayette Mall in this renovation are the Cheesecake Factory restaurant and clothing store H&M. Isaac said that these retailers, and others, will be open in the fall, just in time for the holiday shopping season.

The second major retail development now in the early stages of construction in the Lexington area is The Summit Lexington, an outdoor mixed-use center developed by Bayer Properties at the Northeast corner of Man O’War Blvd. and Nicholasville Road.

The project, covering more than 60 acres, will cost $155.6 million and include a five-story hotel, upscale shops and multi-family housing. A list of tenants has not been revealed except for one major exception: Whole Foods, an upscale grocer, will relocate from its current location in Lexington to this development.

Bayer just received approval for its requested zoning changes, and construction hasn’t yet started. Bayer plans a 2016 delivery of the project.

“Bayer has built several of these types of mixed-use projects in the past, and they’ve always been very successful,” Isaac said. “They’ve been very successful at bringing new retailers to the markets they have targeted. So we’re looking forward to seeing which retailers come to this development.”

Retail isn’t the only sector that is doing well today in Lexington.

The market’s industrial sector, for instance, is thriving, ending 2013 with a vacancy rate of 7.60 percent, down 33.51 percent from six months earlier. NAI Isaac reported that there was 827,889 square feet of industrial space available at the end of 2013.

“We are now getting to the point where in some markets it is getting hard to find enough industrial product to meet the demand for it,” Isaac said. “One of the reasons the industrial market is so strong here here is the geographic location of Lexington. With Interstate-75 and -64 here, we are a several-hour drive to more than half of the population of the United States. From a distribution standpoint, Lexington makes a lot of sense for distribution warehouses.”

~By Dan Rafter On March 20, 2014
This post originally appeared on REJournals, and is reprinted with permission.

NAI Isaac Commercial Properties is a Lexington, Kentucky-based firm specializing in the leasing, sale and management of commercial real estate in the Commonwealth of Kentucky with over 8,000,000 square feet of retail, office and industrial properties exclusively listed. NAI Isaac features a staff of experienced professionals specializing in the property management, leasing, acquisition or disposition of office, retail, and industrial properties, as well as development and investment opportunities.