Move Up In Marion

This post originally appeared on Pivot Real Estate's Blog and is republished with permission. Find out how to syndicate your content with theBrokerList. 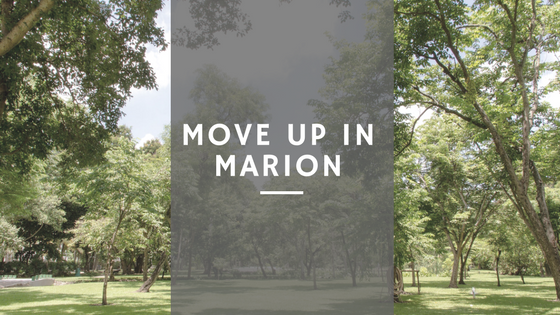 With one of the youngest and fastest-growing populations in the Midwest, Marion, Iowa, is not a city content to rest on its laurels. Marion actively seeks to improve itself constantly, from its early adoption of the Blue Zones wellness principles to its cultural and recreational opportunities. Here’s what’s waiting for you in Marion.

Marion grew by nearly 9,000 people between the 2000 and 2010 censuses (an increase of 32.2%). The city has launched several initiatives to accommodate the growth and create new amenities, including efforts to fund a new library and YMCA facility. The Chamber of Commerce sponsors the annual Marion Leadership in Action, a program that lets 15-20 Marion leaders learn about opportunities to participate in civic life in areas like city government and economic development. This modern city is focused on growing and innovating – the perfect fit for a business with an eye to the future.

Marion borders Cedar Rapids, so your business can have all the hassle-free shipping and travel of a bigger city but with the charm of a smaller one. The Eastern Iowa Airport, Marion’s municipal airport and Cedar Rapids’ shipping facilities and trains ensure that you’ll be able to move products wherever they need to go at a reasonable cost. Highways 100 and 151 run through town, and Interstate 380 stretches north and south through Cedar Rapids, so you can be sure that travelers and trucks alike can reach your business with ease.

This 184-acre industrial park opened just west of the Marion  Airport in 2016. Located on Highway 151, it’s site-certified, meaning that experts have already studied the site’s roads, infrastructure and environmental impacts for you. Choosing a certified site for your business lets you be confident that you’re not taking a risk on an unstudied plot of land. Though it hasn’t been open long, the Enterprise Center already has several prominent occupants, including the international plastics manufacturer ELPLAST America.

Marion has some of the best schools in Iowa, including the award-winning Linn-Mar High School, and is near multiple higher education options. A new business moving to town has its pick of smart, talented workers because 70% of the workforce has at least an associate’s degree. The commute between the industrial park and anywhere else in Marion is 10 minutes or less, so you can be sure that your employees will arrive refreshed instead of frazzled from a long drive.

An emphasis on health:

Marion adopted the Blue Zones wellness goals in 2013 and began implementing community-wide health initiatives, earning Blue Zones City status in 2015. Half of the city’s top 20 workplaces also earned Blue Zones Worksites certification by adopting innovative wellness policies like distributing CSA shares at work or replacing junk food in vending machines with healthier options. Joining the Blue Zones initiative when you open in Marion is a great way to show that you care about your employees’ wellbeing, and the city-wide emphasis on wellness means your workforce is likely to be healthier, resulting in fewer sick days.

Craig began his career in commercial real estate in 2008 assisting clients in the retail, office, industrial and multifamily industries throughout Eastern Iowa. Craig has co-brokered and developed over 225,000 square feet of retail, office and apartment properties and has been involved in over $100,000,000 of commercial real estate transactions. Craig is a graduate of the University of Denver with a B.S.B.A in Commercial Real Estate and Construction Management.

iOS vs. Android: Which Is The Better Platform?10 Sales Gurus to Follow on Social Media for Ultimate Inspiration