Why all the mixed-use buildings in Boone, NC?

This post originally appeared on tBL member James Milner CCIM's blog Appalachian CRE "The Blog" and is republished with permission. Find out how to syndicate your content with theBrokerList. 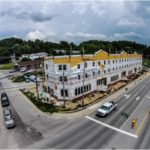 For those of you who live in or are familiar with Boone, you are probably aware that the town has certainly seen an influx of new commercial development, most of it being new mixed-use buildings such as The Standard of Boone and Winkler Square.  New proposed mixed-use projects include Rivers Walk and the Marketplace redevelopment.  These buildings all have the same basic components: commercial space on the main floor area and a residential component (apartments) above.  The rub being that these apartments are typically priced and marketed toward students, i.e. higher rents with amenities catered to students. 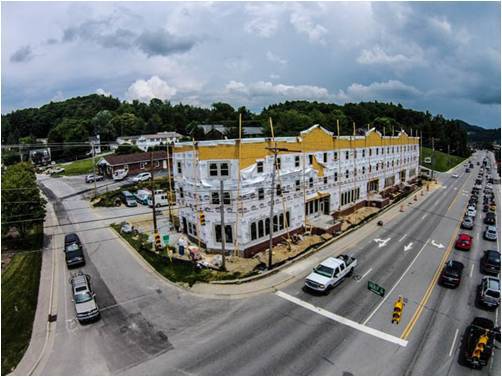 The mixed-use concept is not new and for the most part has done fairly well in the Town of Boone.  Projects such as Wilcox Emporium, Boone Hall and Boone Point are all examples of this type of development.  Boone Point being the only project of this type in which the residential component was in a condominium form of ownership and sold to third parties.  So, with all this new commercial development you are probably asking, “What is the problem?”  The problem is the excess supply of commercial space that this new development is creating.  You combine this excess supply with lack of demand, and you can see where a red flag can get raised.  Some in the development community might disagree with this point as the commercial space has become, as some would say, the “icing on the cake.”

Let me explain: these projects are so large with such a significant residential or apartment component that the residential component will carry the entire project from an operation standpoint.  So what we as residents and consumers are left with is a large number of mixed-use buildings that are empty while developers are asking for commercial rental rates that exceed market expectations.  Someone wise once told me, “It is better to have some banana pudding than none at all.”

There is a simple lesson of real estate economics to be taught, which is if you create more supply than there is demand, then price is ultimately affected.  The cure or solution will be that developers and owners of commercial rate will have to decrease price (“rental rate”) in order to become more competitive with the excess supply that will hit the market over the next few years.  Landlords and owners will need to be extremely cognizant of this excess supply when negotiating new leases and renewals over the next twelve to twenty four months.  As this excess supply becomes available, tenants and users will have more options and certainly at a more competitive rate if all this supply comes to market.  Maybe, rental rate will get so competitive and in turn affordable that local users will finally have an option in key locations like Blowing Rock Road, which has typically been reserved for corporate entities.

The main reason for this type of development is the Town of Boone Unified Development Ordinance—more specifically Section 15.10 (also known as the Affordable Housing Task Force recommendations).  Since its inception nearly three years ago, we have only seen two projects approved and another planned that is a non-mixed use multifamily project.  This regulation or policy has certainly not obtained the results that the Town of Boone was looking for.  The results hoping to be obtained were affordable housing projects like Watauga Green and Skyline Terrace where housing is not geared towards students and that there is a work force housing option for people in the community.  However, Watauga Green was approved prior to the enactment of 15.10 and Skyline Terrace was approved with 15.10 in place.  The reason that a project like Skyline Terrace can meet these requirements is that they have enough density to justify these requirements.  Although, what is not realized is that every single non-mixed use multifamily project regardless of size has to meet these new requirements.  In turn this has made the development and redevelopment of smaller R-3 zoned sites more difficult.  The direct result of this regulation is a spur of mixed-use buildings that will, in all honesty, be just another student housing project in order to get around poor regulation.

Mixed-use developments and effect on price

How does this all affect the price of a property? Well, a development project’s ability to generate income is a direct correlation to price.  While a mixed-use building can certainly operate and function without this commercial space being leased, the project’s price is substantially affected by the vacancy that exists.  Although the projects can be stabilized at market rates, the reality is that developers could drop what they are asking by at least twenty percent, get good creditworthy tenants in place, and have a more sustainable project than one with empty space that is just “getting by.”

Comments and thoughts welcomed and appreciated.

James Milner, CCIM is the President and Owner of Appalachian Commercial Real Estate, LLC a commercial real estate brokerage and consulting firm located in Boone, NC. He has been involved in #CRE since 2008. In 2013, he earned the prestigious CCIM (Certified Commercial Investment Member) designation. He assists his clients by giving them the information they need to make informed decisions. Follow James on Twitter @BooneCRE.