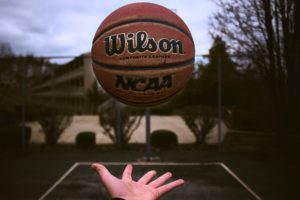 Is your prediction still alive in your March Madness pool? If you are thinking basketball, then probably not. Three number 1 seeds failed to make the NCAA Tournament Final Four. But if you are thinking interest rates, there is a 50% chance your prediction was correct. At the end of 2018, many experts were still predicting the Federal Reserve interest rate increases to occur during 2019. However, for those of you contrarians in the crowd who were predicting that no more rate hikes were in the immediate future, you were correct. At its latest meeting, the Federal Reserve signaled its intention to eliminate any further rate hikes this year. The Fed also announced its plan to end the quantitative tightening or runoff in its balance sheet.

All of this has coincided with a bond rally in the 10-year US Treasury which has resulted in its rate hitting a new 52-week low (2.34%) last week after reaching a 52-week high (3.26) as recently as last November. As such, there have been many articles and interviews in the financial media opining on the impending recession that is coming as a result of an inverted yield curve. This is a topic that I covered here in December 2017. Historical data has shown that recessions are typically preceded 12-24 months by a sustained and inverted yield curve. The primary focus has been on the difference between the 3-month US Treasury Bill and the 10-year Treasury Note (“10UST”). Last week the 10UST dipped slightly below the 3-month for a couple of days and has rebounded to be about 10 basis points higher as of the writing of this article.

Before we all run around yelling “the sky is falling” though, it may be helpful to take a deeper look into the data, the history and some economic realities. Currently, the yield curve is actually in a “U-shape” rather than fully inverted. It remains to be seen whether it will go fully inverted with the 10UST consistently lower than the 3-month and 2-year bills. Secondly, one constant in most previous recessions is that the Fed continued to raise interest rates even after the yield curve had gone flat. As I mentioned earlier, that is not the case at the moment. The Federal Reserve governors have said “halt.” And most importantly, the economic indices are boding well for a “soft landing” when the economy slows down.

Economic data continues to support a growth outlook for this year. Job creation remains strong, unemployment remains low and wage growth is spurring retail sales. Despite all of that, inflation pressures remain in check. Exports are rising and imports are declining. Home sale are rebounding. Several indicators are predicting a nice steady 2.0% growth in GDP for the year. Fed futures are starting to price in an anticipated 25 basis point rate cut in late 2019 or early 2020. The Fed is intently watching and is keenly aware of the situation. They have indicated that a yield curve inversion would need to be deeper and last longer for real concern to slip in.

The result of all of this is that, for the time being, borrowing costs have fallen for long-term loans and buyers are revisiting opportunities that might not have made sense last fall. Commercial real estate trends remain favorable. Construction lending leverage has been reigned in for several years now which has put a damper on the rate of new construction and is allowing demand to gain on supply. While it is clear that we are in the latter stages of the second half of this basketball game called the US economic expansion, all is not lost and the home team’s chances are looking better than some of the loud voices are predicting. Stay tuned as we keep a watchful eye on the game for you and give you our best insights into how this may impact those of you in the commercial real estate world.

The author, Charley Babb, is a Principal and Senior Director at Metropolitan Capital Advisors.  Charley may be reached at 303-598-7652 or [email protected]