Labor Shortage, Development Costs, and How to Close the Skills Gap

The Great Recession resulted in construction workers leaving the field in droves in hopes of finding more stable careers. And many of them never returned.

Between 2005 and 2015, 985,000, or 15.8%, of US construction workers left the industry, according to Bureau of Labor Statistics. And while the economy and commercial real estate development have seen upticks in activity in recent years, the labor force has not followed suit, resulting in overall higher construction and development costs. A report published by CBRE in June 2016 notes cumulative cost increases of 11.8% nationally since 2011. 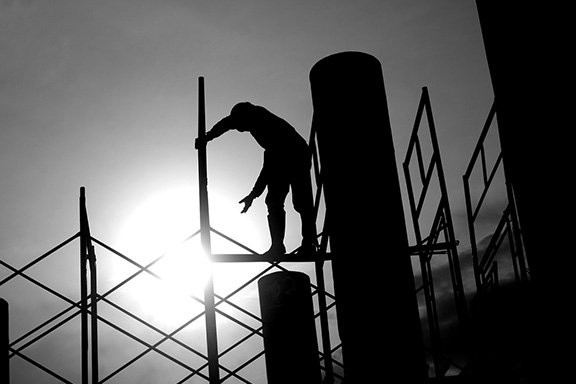 These increased costs are due to a host of factors from higher fees to increased project timelines. Over the past three years we’ve seen projects taking roughly 30 days longer to complete due to the labor shortage. Which is ultimately creating a ripple effect. The shortage is pushing back delivery dates and when real estate developers can begin collecting rent payments, as well as when permanent jobs at these businesses are being created. The impacts of the shortage are hitting a variety of different sectors.

And this “Skills Gap”, as it’s being referred to, is being created by not only the negative effects of The Great Recession, but also trepidation by workers looking to the future. Weariness from workers due to past economic and industry fallouts, as well as a sense of social pressure for many young professionals to earn a four-year degree are keeping people out of the construction industry, resulting in a weak pipeline of candidates. In an Association of General Contractors of America survey conducted in mid-2016, nearly 75% of construction firms believed the pipeline for recruiting and preparing new craft workers was poor or fair.

And the question becomes, what can the construction industry do to close the “Skills Gap”, dispel these negative views of the industry, and help reduce overall labor and commercial real estate development costs?

Sounds counterintuitive, right? Increase wages in order to lower construction and development costs? Well, the theory behind this is that increased wages will draw more interest and ultimately more skilled labor into the market. Therefore, as opposed to possibly paying for a higher number of less-experienced workers working at a slower pace, contractors can provide real estate developers with more skilled workers that will help reduce project timelines and meet delivery dates.

According to the AGC of America survey, nearly half of construction firms report they have increased base rates for craft workers because of the difficulty in filling positions. Additional, 22 percent have improved employee benefits for craft workers. So while the short-term outlook may appear to result in increased fees for real estate developers, the long-term effect could result in increased supply, increased competitiveness, decreased timelines for project completion, and overall decreased labor costs.

In addition to the mass exodus from the industry after the recession hit, the labor shortage within is seemingly the result of years of a gap in vocational training. Some firms are trying to expand the skill set of current employees by providing on-the-job training in other trades.

Additionally, the stigma on the construction industry is that it’s blue collar work and it doesn’t pay well. Many young adults feel they need to go to college and forgo exploring options in the construction industry. However, of the firms surveyed by AGC of America, 37% report getting involved in with career-building programs at the high-school and college levels. There are many students and young adults who could benefit from the opportunities that these vocational schools provide, but it’s a matter of actually providing these resources to those interested.

The ultimate goal is to get construction employment back near pre-recession levels. When, or if, we’ll hit that is unclear. But projections from the Bureau of Labor Statistics peg construction to be one of the fastest job growth industries within the goods-producing sectors, with employment growing at an annual rate of 2.6 percent between 2012 and 2022. Time and effort will tell just how much the labor force will be impacted, but we should start to see that “skills gap” closing up and commercial real estate development costs leveling off in the coming years.