What I’ve Learned From Cancer

This post originally appeared on tBL member Bo Barron, CCIM's blog BoBarron.com's Blog and is republished with permission. Find out how to syndicate your content with theBrokerList.

Before you get concerned, I have the kind you would want. Tomorrow, a doctor working a robot is going to remove 2% of my right kidney. A couple of days in the hospital, and that’s it. No chemo. No radiation. There is a 99% chance I’ll be cured. 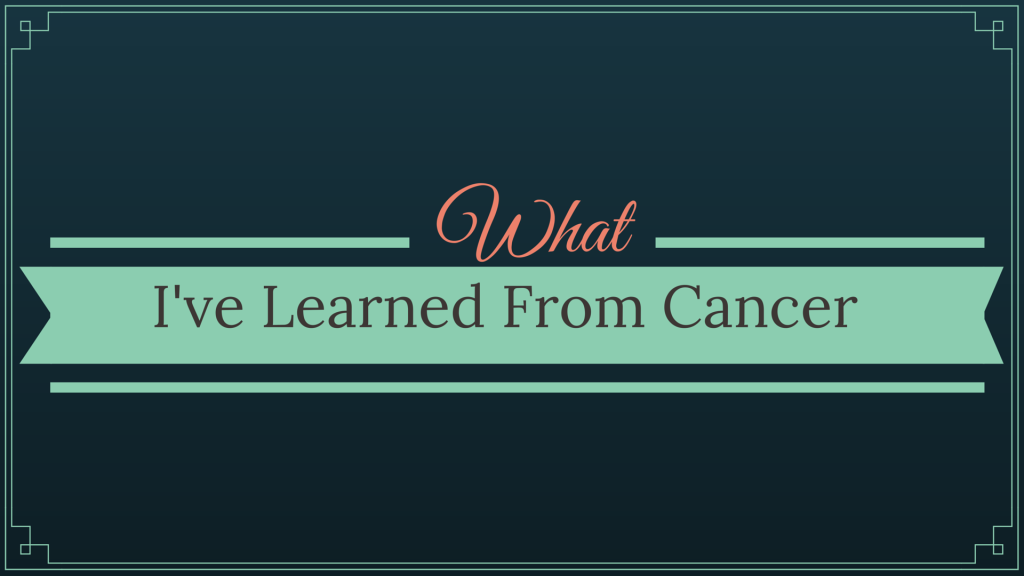 I’m sharing this with you because I’ve learned some things.

To set the stage, my wife has been encouraging me to get a doctor for years.

A couple of months ago, it just so happened that I woke up in the middle of the night with a sharp pain in my calf. I’m the deepest sleeper you know. That’s never happened to me. I’d been on a couple long plane rides, and I had the thought that maybe this was  blood clot.

I got up and went to the clinic and was sent to the hospital for an ultrasound. I didn’t have a blood clot. In fact, I still have no clue what that pain was.

Just so happened that a few weeks later I tweaked my back setting up a booth at a show. I’ve had back spasms since I was 14, but this was different. It lasted longer. It hurt a little different.

Then it just so happened that I was doing some yard work and got poison ivy…bad. My back hurt. I was itchy. So I broke down.

And it just so happened that there is a doctor who lives down the street from me. So I called to see if he was taking patients and scheduled an appointment.

And it just so happened that during the in-processing physical, my liver enzymes were a little off. To find out why, my new doctor ordered an ultrasound of my liver. (My liver is fine, turns out.)

Then it just so happens that during the ultrasound of my liver, the tech happens to see something she didn’t like on my kidney. After a CT scan, I get a phone call telling me I likely have renal cell carcinoma.

As I think about what is going to happen tomorrow, I’m overwhelmed with gratitude.

I don’t believe in ‘just so happened.’ I believe that the hand of God orchestrated these events to produce a desired outcome. This type of cancer is the kind that grows silently until it is too late.

The truth is, there are very few times in my life where I have been able to see God working in the moment. I can often look back, slap myself on the forehead, and see what He was up to. Rarely, though, have I been able to notice His work as He’s doing it.

That is the power of this story for me. I believe that God is at work, for our good, all the time.

So here is what I’ve learned. God has given me a great gift. He allowed me to have cancer so He could demonstrate His power for me to see. Awesome.

He also reminded me, again, that I need to listen to my wife!

The last couple of weeks has been crazy, and I’m sure the next few will be as well. I may be more sporadic than normal with my posts. Or, if the hospital has wi-fi, I may be cranking them out.

I appreciate you all, and I’ll be back soon.

I love my life, and I love what I do. I am an internet entrepreneur, Commercial Real Estate (CRE) coach, speaker, blogger, product launch expert, social media strategist in creating dominating digital presence, CRE syndicator, and a consultant to start-ups.
You can find out more about me at http://bobarron.com.