Is This The End Of The Open Office Concept? 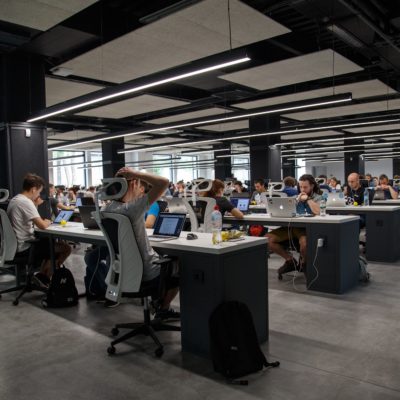 As we launch into 2019, many commercial property landlords find themselves analyzing which building trends to keep…and which ones to eliminate from their business plan altogether. One popular fad that may be on its way out in 2019? The open workstation concept.

First launched in the 1960s, the open floor plan gained significant momentum in the millennium, with recent statistics from the International Facility Management Association indicating that over 70% of all offices have done away with traditional cubicles, privacy panels, and room dividers for their employees. Instead, these modern entrepreneurs opted for large, wide-open spaces with long tables that seat multiple employees in one area, oftentimes without any designated stations for individual workers, effectively transforming the office into one giant, unending collaborative experience.

Does Privacy Impact Productivity? Some Things To Consider Before Configuring Your Commercial Building

Over the past decade, business owners in virtually every industry rented open concept office space to capitalize on the perceived benefits of a cooperative professional environment. However, many quickly learned that communal living (or, in this case, communal working) wasn’t all it was initially cracked up to be. c – and why it may deter potential tenants from renting your property.

The Noise (And Distraction) Factor

Yes, having no dividers and cubicles make it infinitely easier to share ideas with colleagues both spontaneously and instantly. However, building a community at the office can be noisy and distracting, both of which can have a negative impact on employee productivity. Studies suggest that, on average, employees can waste up to 21.5 minutes every day (or approximately 4% of an average 8-hour day) due to conversation distractions. Beyond productivity, visual and conversational distractions can also impede creativity and information retention.

Employers, managers, and directors may appreciate being able to scan every employee’s activities in just a single glance; however, employees generally resent the feeling of being monitored (and often critiqued) at all times. Additionally, the perceived lack of privacy can also impact your less extroverted workers who may refrain from contributing to conversations, offering ideas, or asking questions simply because they worry that they will attract too much attention as soon as they begin to speak.

Little Control Over Anything

Individuals working at an open concept office have very little control over their surrounding environment. It can be challenging for employees to feel comfortable when they have no influence on noise, sound, light, and even temperature levels when at their place of business.

An open office space makes all employees feel like equals, right? Not exactly. While many of the workstations will be virtually identical, there may be a few office spaces designated for executives or desk space in a highly coveted region of the office. Inevitably, coworkers will compete for the “prime real estate” amongst their colleagues, which can have a direct, negative impact on the work environment.

Employees Make Their Own Barriers

Workers who are less than thrilled with an open concept office space may eventually take matters into their own hands. Many employees resort to creating their own dividers for privacy or using noise-canceling headphones to tune out some of the background noise, which instantly makes them seem unapproachable to coworkers.

Let’s face it; we all have coworkers who absolutely refuse to take a sick day, no matter how ill they may feel. Sharing a workspace can easily mean sharing more than just a desk or chair; a study at the University of Arizona showed that when someone comes to the office sick, roughly half of the commonly touched office surfaces become infected by lunchtime. Yuck.

Privacy isn’t the only thing that can suffer from an open work environment. Many employees also feel that communal office areas mean lowered security levels as well. As a result, many staffers may opt to carry personal items, such as wallets, purses, and electronic devices with them whenever they have to step away from their desk.

Where do you stand on the open floor concept for office space? Love it in 2019 – or leave it behind in 2018? Tell us your thoughts in the comments below!

The post Is This The End Of The Open Office Concept? appeared first on Southpace Properties.

The Best Ways to Grow Your Email ListEvict or Stay: Commercial Tenancy in Prince George County