Is prefab construction the wave of the future? 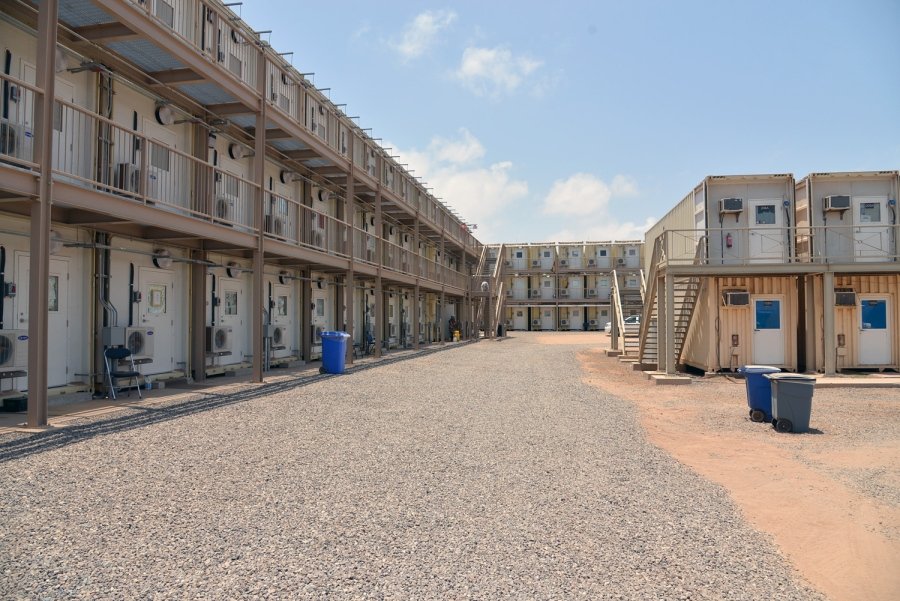 Once relegated to war zones, disaster areas, and remote mines and oilfields in far corners of the globe, prefabricated construction is now all the rage. In 2003 and 2004, I worked in Iraq as a Security Manager for a conglomerate that, among other things, built camps for the U.S. Military. These camps consisted of modular, prefabricated (“prefab”) accommodations, offices, and other facilities to support a host of operations.

The process was fairly straightforward yet struck me as incredibly efficient, cost effective, and replicable in other (preferably friendlier) locations around the world:

What really stood out to me was the seemingly endless flexibility in configurations of the prefab units. Constructed down to the last detail in a climate-controlled warehouse immune to weather delays, some of the most common units were converted 40’ shipping containers. While “mobile home” trailers were suitable for a single-story facility, the shipping containers provided a much more versatile building block. They could be stacked several units high and connected to form larger facilities. They could be outfitted for virtually any use imaginable: housing, offices, dining facilities, bathrooms, communications centers, server rooms, and yes, while generally not found in combat zones, bars.

Prefab units have been used for years in war zones and disaster areas, refugee camps, and remote locations where traditional construction methods are impractical or impossible. Today, prefab construction is rapidly gaining in popularity, thanks to rising land and construction costs, and advances in technology.

Companies such as Plant Prefab, an Amazon-backed modular housing manufacturer, is developing solutions to meet multifamily demand in inner cities. Their Nest toolkit can deliver multistory multifamily solutions to even the smallest infill lots for a fraction of the cost of traditional construction. In high-cost areas such as Lost Angeles, this can mean up to 90% in cost savings. Fast Company’s Adele Peters wrote a great article about Plant Prefab here.