This post originally appeared on tBL member Pam Pester's blog The Tenant Rep Blog and is republished with permission. Find out how to syndicate your content with theBrokerList. 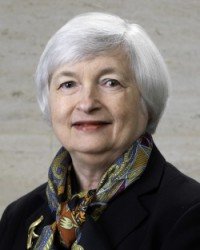 To no one’s surprise, on December 16th, the Fed raised interest rates by 0.25% for the first time in almost a decade. Does this increase signal the beginning of the end of low interest rates? Perhaps not.

In a December 14, 2015 New York Times article Neil Irwin examines historical interest rate trends. According to Irwin, interest rates have historically remained very low for decades upon decades. He cites statistics indicating that the interest rate on a 10 year Treasury note was below 4% every year from 1876 to 1919 and again from 1924 to 1958. The most glaring exception to that was the 7.3% average in the US from 1970 to 2007.

According to Irwin, interest rates have historically been most tied to inflation. As long as inflation remains low as it is now, interest rates remain low. The Fed and its counterparts overseas have been trying for years to get inflation up to a target rate of 2% with no success. Given the cheap prices for everything from oil to labor, there are no signs of inflationary pressures any time soon. Current Treasury bond prices predict inflation of only 1.7% over the next 30 years.

If Irwin’s analysis is correct, low interest rates will remain the norm for many years to come.

I have over 25 years of experience first as a real estate attorney and then as a commercial real estate broker specializing in the representation of tenants, buyers and investors in office, medical and industrial properties in Southwest Florida. I hold the CCIM designation. Follow Pam on Twitter - @PamPesterCCIM or Check out Pam's blog - The Tenant Rep

Property Spotlight: Follow the Yucca Brick Road—Or, Why You Should Lease a Space in Yucca ValleyHow Commercial Real Estate Leasing Fees Are Computed and Paid