An Insurance Perspective on the Recent Tragedy in Orlando 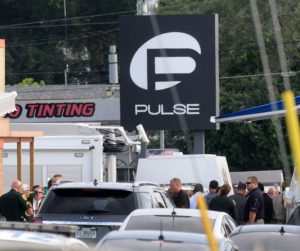 Before we dive into this blog post, we’d like to extend our sincerest condolences to everyone affected by this tragic event.

We were recently asked a question about whether or not there would be coverage for the individuals and entities involved in the shooting in Orlando. Is there coverage for a Terrorist Act? Would a General Liability policy provide coverage to the injured patrons?

Note: We’ll always answer coverage questions from a high level perspective based on standard insurance forms, since the coverages can differ depending on the carrier and endorsements added to the policy.

Coverage for the Club

It is most likely that these items will not be triggered, so what are the other options for the Club Owners?

Would the Club be covered under a General Liability Policy? It depends on a lot of variables. That answer is frustrating, isn’t it? But it’s true. It depends on the carrier, coverage form that they use and the type of business that is insured.

On the ISO Commercial General Liability Coverage Form, the policy remains silent. Or in simplest terms, the policy does not address either the inclusion or the exclusion of bodily injury or property damage by the act of assault or battery.  So what do you look for? The coverage to look for is Assault & Battery coverage.

Depending on the type of business, especially in the hospitality industry, it’s very common to see a limitation of coverage added by endorsement to the policy providing limits as low as $25,000, or an Assault & Battery Exclusion that does not provide any coverage at all for bodily injury or property damage resulting from any type of assault, battery or physical altercation. These coverages and endorsements can be found in the Liquor Liability Policy as well.

There are other types of Risk Management alternatives that can be enforced such as the installation of a metal detector or having bouncers search patrons before entering the bar. 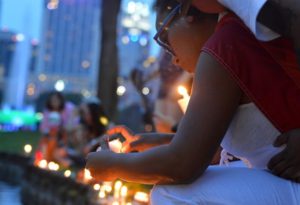 In the end, is there insurance coverage? Possibly. Are there other practices that could have prevented this? Possibly. There’s no business owner that anticipates a crime of this nature or expects 49 lives to be lost and over 50 individuals injured in their establishment. It’s unfortunate to think that this can even take place.

Coverage for the Individual

Where else would there be possible coverage for the injured and deceased’s family to pay for the hospital bills or even to pay for the burial and funeral expenses? They can look under the personal Health Insurance coverage or Life Insurance Policies.

Outside of these options, there are many crowdfunding sites popping up to help the victims recover. If you’d like to donate to the families of the victims, please click on this link for donation options.