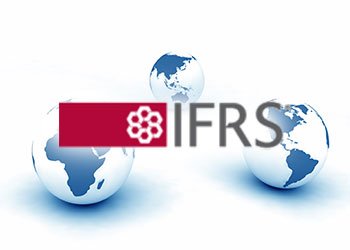 Today (January 13, 2016), the International Accounting Standards Board released the long awaited changes to lease accounting. Under the new IFRS lease accounting rules released today, all leases will be recorded on the balance sheet and will be treated similar to capital leases under current rules. All leases under IASB will now be called finance leases.  Note that during deliberations, finance leases were called Type A leases, however in the final deliberations that nomenclature was discarded. The FASB is expected to release its Lease Accounting Rules shortly, which is expected to differ from the IASB’s rules.

Under the IASB rules, an asset and a liability will be recorded at lease commencement. The liability will be amortized with part of payments going to interest and the remainder going to liability reduction (just like any other financial liability), while the asset will be depreciated straight-line just like any other non-financial asset. The effect of this is that there will be higher expense (interest + depreciation) on the income statement in the earlier periods of the lease. Please see my detailed explanation of finance leases here.

About LeaseQuery:  LeaseQuery is lease management software that helps companies manage their leases.  Rather than relying on excel spreadsheets, our clients use LeaseQuery to get alerts for critical dates (renewals, etc), calculate the straight-line amortization of rent and TI allowances per GAAP, provide the required monthly journal entries (for both capital and operating leases under current GAAP AND the new lease accounting rules) and provide the commitment disclosure reports required in the notes and the MD&A.  Simply put, it is robust, powerful, and easy to use. Visit us at www.LeaseQuery.com.