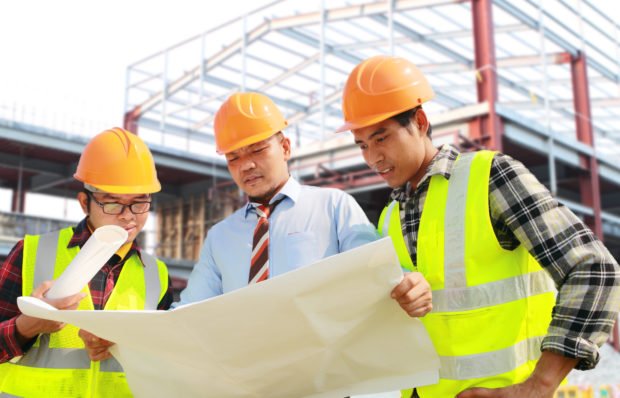 Two new construction projects, located at the intersection of Carlisle Pike and Hogestown Road in Mechanicsburg, will deliver 258,000 square-feet of office space to Central Pennsylvania this year. Silver Spring Township is calling this construction “Class A Office Space Project” and are confident that, by attracting new businesses to the area, this space will benefit the entire community and its existing businesses.

Here’s a look at how the market has responded to this new space, as well as our analysis of the long-term trends that are yet to come.

In Q2 2016, Central Pennsylvania had just one building delivered, but it was substantial. Ranked number one on the Greater Philadelphia list of Year-to-Date Deliveries is the office space located at 974 Hogestown Road, Building 200, Mechanicsburg. It is Class A office space that is 100% occupied. Another 129,000 square-feet building, also located on Hogestown Road is under construction and projected to be completed in Q3 2016.

In Q2 2016, the net absorption has almost doubled since Q1 2016 and is nearly six times larger than it was in Q4 2015. In Q4 2015 it was 50,949 square-feet, increasing to 162,531 square-feet and further increasing this quarter to 301,337 square-feet. This is the largest net absorption we have seen in over a year, compounded by the fact that Central Pennsylvania’s last four years of net absorption has been varied and volatile. One new building delivered this quarter contributed 129,000 square-feet of pre-leased space to the market. There are 2 more buildings currently under construction and they are expected to deliver 136,590 square-feet of space to the market later this year.

The vacant square footage decreased from 3,705,257 square-feet (Q1) to 3,532,920 (Q2). The vacancy rate also decreased to 6.5% (down 0.3% from last quarter). This is the lowest vacancy rate we have seen since prior to Q3 2012 and is only the second time it’s dipped into the 6.0% range, with last quarter being the first time. Though the vacancy rates have bounced slightly between increasing and decreasing each quarter since 2012, the overall trend has been a decrease.

Pennsylvania’s unemployment rate rose to 5.6% in June. The local labor force declined by 4,000 from May’s record high level of 6.54 million. The Pennsylvania Department of Labor reported that nine of the 11 sectors actually posted job increases in June; however, the two sectors that posted a loss, mining and logging and trade, transportation and utilities, were enough to cause the unemployment rate to rise. They each posted job losses of 600.

Silver Spring Township’s “Class A Office Space Project” is drawing new business into Central Pennsylvania. With 129,000 square-feet of 100% occupied space delivered to the market this quarter and another building of the same size to be delivered next quarter, there is a proven demand for this space. Furthermore, this spur of activity has the potential to draw even more businesses into the area who want to be part of the growing business community. This would come at an opportune time as the local market is experiencing a rise in unemployment.

What trend this quarter do you think will have the greatest impact on the Office Real Estate market moving forward? Share your insight by commenting below!

Have Cap Rates Finally Hit Rock Bottom?Lease Accounting: When Early Access is Granted to Part of a Building at First, then the Rest Later.