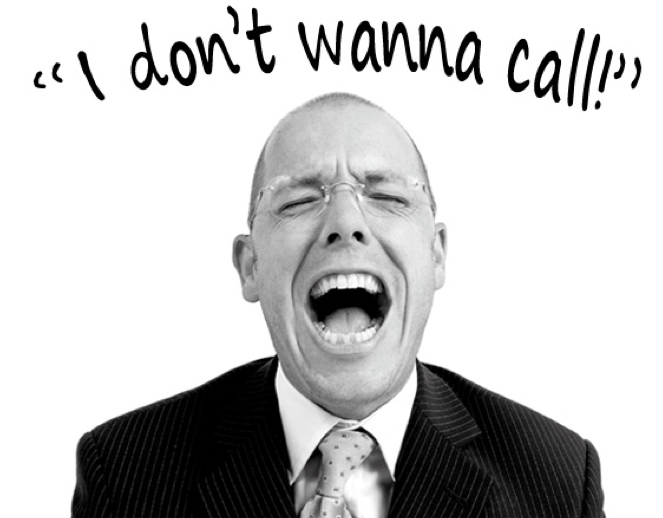 Thanks to Bo Barron, CCIM  for providing this post. Commercial Real Estate (or any) sales is about calls:  cold calls, warm calls, personal calls, and so on.  He who makes the most calls generally does the most deals.  Making calls is also a lost art.

I recently had a review with one of my agents.  He was not making enough calls.  He and I had spoken a couple of times about this subject with no change.  Then it dawned on me.  Performance flows from leadership.  The problem was with me.

When I was in college I had a mentor who would teach me things by this method.  Teach me why.  Show me how.  Do it in front of me.  It was incredibly effective.  Answering the questions ‘why’ deals with casting the vision for the desired future outcome.  And this is rarely about making money.  Teaching the ‘how’ is the book smarts.  Demonstrating how introduces the street smarts.

I had been neglecting the third step.  So Friday morning, we went into my office and I spent nearly an hour making calls – on one of his deals.  I believe doing this on a regular basis is going to reap rewards.  More deals will be done, sure.  But there will be growth in our team in this area.

1.  Block out time on your calendar.  This seems like such a no-brainer, but we don’t do it.  Prospecting for new business is the key to healthy deal flow and sustainable cash-flow.  Yet, it is the activity that is the most dreaded and overlooked. Block out time every day to make prospecting calls.  A top producer I know, who owns his company, schedules two hours a day on his calendar.  He gives his team the green light to ask him to get busy calling when he gets distracted by another task.  He knows that making calls is the absolute best use of his time.

2.  Keep the calls short.  The first call I made on Friday lasted 20 minutes.  I know better.  This should never happen.  The purpose of a prospecting call is to get a meeting.  If you get a talker, politely transition the conversation after 4 minutes to scheduling a meeting.  If they want to talk, do it face to face at a later date.  Remember that prospecting calls are a numbers game.  The more calls you can make, the more meetings you can get.  Challenge yourself to a certain amount of calls in your scheduled time.  Don’t let one talker derail you.

3.  Schedule an office wide calling blitz.  Most agents do not like cold calling.  Some of the weird ones, like me, do.  But most salespeople are ultra-competitive so make it a game.  Schedule a block of time once or twice a month when everyone in the office is making calls at the same time.  Make it a competition.  Have a prize for the winner.

So what other ways do you encourage more calls?  What ideas have I missed?  Let’s see how many great ideas we can come up with!

I love my life, and I love what I do. I am an internet entrepreneur, Commercial Real Estate (CRE) coach, speaker, blogger, product launch expert, social media strategist in creating dominating digital presence, CRE syndicator, and a consultant to start-ups.
You can find out more about me at http://bobarron.com.

Each One Reach One With a Widget or Icon!Why It Can Be a Financial Mistake to Negotiate with a Landlord Directly