How Commercial Brokers Can Succeed if Sears & J.C. Penney Fail 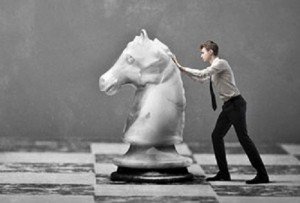 Mall space is the chess board,
and retailers are the pieces.

Commercial brokers have to think like chess players. Anticipating the next move isn’t enough—to do right by your clients, you have to think three or four moves ahead.

For example: Two of America’s largest retailers—Sears and J.C. Penney—may be sliding toward oblivion. If you work with mall owners, what’s your next move if those stores close?

Develop your strategy now, so you can move decisively when the game starts playing out. Mall space is the chess board, and retailers are the pieces. Your opponent? The dangerously unpredictable grandmaster we know as the retail industry.

The experts have been wrong before, but lately they’re almost unanimous in predicting the deaths of Sears and J.C. Penney.

Sears is spinning off Lands End and Sears Auto Centers to raise cash, and an analyst called its recent sales figures evidence of “an amazing rapid deceleration into the abyss.” Others point to deterioration in the stores themselves.

Things are no better at J.C. Penney. After years of slow decline, a new strategy backfired, leading one analyst to say, “In all my years, I have never seen a loss of momentum of these proportions. J.C.Penney lost its core customer.” 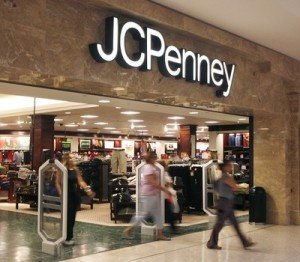 What if J.C. Penney shoppers leave for good?

What does this mean? Sears runs 926 stores in the United States, and J.C. Penney operates more than 1,000. Plus, there are at least 108 malls around the country where Sears and J.C. Penney both serve as major tenants.

Say you find yourself helping mall owners replace the Sears and Penney’s stores that close. What are some possible next moves? You might have to think outside the (big) box:

There are obvious pros and cons to each move, and every property introduces its own variables. Your job is to examine those variables—costs, local retail climate, your client’s financial situation and many more—so you’re ready with a countermove when the time comes.

And don’t forget that replacing one tenant affects the entire mall, just as taking one square affects the whole chessboard. Say you replace a Sears with a medical center. The lease revenue might be the same, or even greater—but will the medical center create as much traffic for the rest of the mall? Who wants to visit the food court after a prostate exam?

What if Sears or J.C. Penney leaving kills the whole mall? Read more at BrokerSavant.com!

BrokerSavant builds online tools that help organizations and independent brokers thrive in today’s competitive commercial real estate landscape. Our streamlined, data-rich property inventory platforms are cost-effective, easy to use, and ideal for attracting site selectors to your website. We believe communities and brokers are the driving force behind local economic development, so we continue to introduce new tools that help municipalities and independent brokers (and the communities they support) succeed.