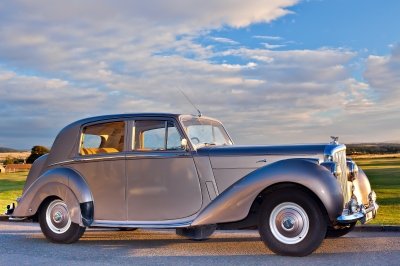 No, I am not a grandfather. But, I know of several commercial property owners who have grandfather rights land use in effect on their property. A legal non-conforming use, also called a “grandfathered” use, is a land use that legally existed prior to the current zoning ordinance. Provided the use is not abandoned for more than one year and not expanded or changed in any way it can continue even if the property is sold.

My business is a legal non-conforming use?

A good example of this is a used car lot I had for sale in Napa. The business operated from the same location for 45 years. It opened for business when the zoning district of the site was very different. Over the years the zoning changed slightly until a few years ago it changed to Residential Single-Family Infill.

Currently, a used car lot is only allowed to operate in the Community Commercial, Industrial Park-Area C and Mixed Use-Gateway zoning districts. The used car lot could remain, however cannot change significant aspects of its business such as its product line, size of office or even its hours of operation. Additionally, if it were to cease operations for a year it would lose the ability to operate and a future residential use would only be allowed on the site.

A legal non-conforming use, also called a Grandfathered use, is a land use that legally existed prior to the current zoning ordinance. Click To Tweet

What does that have to do with the zoning ordinance?

The City of Napa Zoning Ordinance contains approximately 22 zoning districts, 11 overlay districts and several general plan districts. Zoning is a land use restriction used by municipalities to control the type of community, building, business, residence or use to be constructed, operated or implemented on a piece of land.

What is an overlay district?

An overlay district is a special set of rules that govern a property in a specific area, which is exposed to a set of circumstances that affect the property.
Some examples of an overlay district in Napa are Airport Compatibility, Historic Preservation, Floodplain Management and Traffic Impact.

How does the zoning ordinance differ from the general plan?

A general plan is a municipality’s constitution, which addresses several key elements of growth usually for the next 15-25 years such as land use, economic sustainability and housing. It is the governing document the leaders of the municipality use as the basis of all their decisions.

Land use describes population and building densities as well as growth and other issues relevant to development and use of land. It encompasses many factors of smart, effective, contextual growth of a municipality. Other elements of a general plan, such as public health and safety, housing and parks and recreation also attribute to the development of a zoning district and funnel down to create the zoning ordinance.

In part two I am going to discuss some of the ways the used car lot could make changes even though it is a non-conforming use.