Have FNMA and Freddie Mac had their fill for 2019? 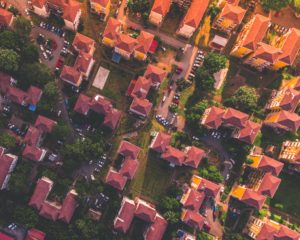 Have FNMA and Freddie Mac had their fill for 2019?

It should come as no surprise to anyone who has been watching the never-ending multi-family construction and acquisition activity during 2018 that FNMA and Freddie Mac have had enough for this year.   One would think that these government-sponsored agencies were a Life Insurance company that has filled out its real estate allocation for the year, but that is not the case.  Both agencies are hitting their mandated caps with their robust originations during 2019.

Industry professionals will tell you that as a result, Freddie will focus primarily on acquisition financing for the rest of this year, leaving refinance activity for FNMA, CMBS, Life Co and banks.  Each agency reacted to the situation by increasing spreads by as much as 100bps to curb the number of originations, reducing and in most cases eliminating waivers and I/O periods.  The Green Program that has become so popular will have a reduction in incentives that the regulatory body has come to view as a “loophole”.    For those Borrowers addicted to agency financing, the corresponding drop in the 10-year treasury has all but erased the spread increases by the agencies, allowing Borrowers to continue to secure 10-year fixed rates in the mid to low 4% range.  However, the basic message from the FHFA regulatory body is that the collective market share of the Agencies is just too high.  The agencies have been on a tear in 2019 with production hitting $151B, a record volume.

Moreover, in early September the Trump Administration revealed plans to release FNMA and Freddie Mac from their government shackles and laid out a vision that could take years to implement. Due to the time, it would take to implement, a time table way past Trump’s first term, the market reacted with volatility and Freddie and FNMA took their biggest one day drop in stock prices since January (11% and 13% decreases respectively).  The basic premise coming out of the Trump Administration is they want the Agencies to build up their reserves/capital buffers and exit the Government’s grip.  Said differently, the Trump administration wants the conservatorship to end because it believes the companies’ insufficient capital and market dominance mean taxpayers are at risk as long as the government has such a large exposure to the housing sector. Some industry veterans are suggesting that this is the most tumultuous time in Agency lending market in 20+ years.

Despite the doom and gloom, Treasury remains committed to the multifamily business and look to support it going forward.  They do however look to reduce the sweeteners that have been integrated such as the “Green Program” and focusing more on affordable housing as their mission.  On September 13th FHA announced a revised cap structure on multifamily for the Agencies.  The new caps will be $100 billion for each Agency (i.e. FNMA and Freddie Mac) for the 5-quarter period Q4 2019 to Q4 2020.  These new caps eliminate loopholes, allow for outside capital to participate and significantly increase affordable housing support over previous levels.  Early reports suggest that FHFA directed the Agencies to increase its affordable housing to 37.5% of their portfolio, ensuring that the agencies have a strong commitment to affordable housing finance.

There are several lenders stepping in to fill the void and disruption the agencies have faced the past 30 days.  For advisory services navigating the abundance of choices with your multifamily financing needs, reach out to Metropolitan Capital Advisors to assist you in this complex and confusing market.

For more information on how we can help you finance your project, please contact Principal Director, Todd McNeill, at 972-764-8818 or by email at [email protected]

The post Have FNMA and Freddie Mac had their fill for 2019? appeared first on Metropolitan Capital Advisors.