How Generation Z is Flipping the Script?

$44 Billion in spending power. An influence of $600 billion of family spending. And flipping the script on what we thought we knew about today’s emerging consumers.

Generation Z is the fastest growing generation in both the workplace and the retail market. It is larger than both Baby Boomers and Millennials. Defined as those born between roughly 1996 and 2010, Generation Z is estimated at roughly 61 million people. By 2020, it’s projected to be the largest consumer group in the world.

It’s a generation that is becoming known for their value on relationships, consumer savviness, and willingness to take on hard work. Its’ members are characterized as self-reliant, driven, and tech savvy. And they’re changing the way marketers, retailers, businesses, entertainment, tech, and more are focusing their efforts.

That’s because this generation is turning out to be quite different than their Millennial counterparts, a generation that, until now, had been the focus of brands for a number of years Generation Zers have established their own set of expectations when interacting with companies, brands, and media. And this generation is shaping the retail trends and retail expansion for the years to come. 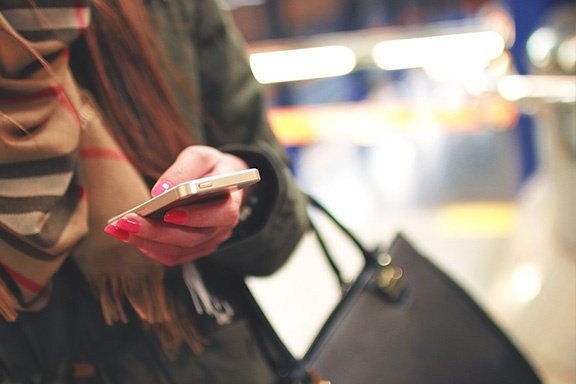 Generation Zers need not adapt to technology the way generations before them have. They were born in it. Molded by it. They are the first truly mobile-first generation. They use mobile devices for everything from sharing experiences on SnapChat and Instagram to helping them make their purchasing decisions. When shopping in-store, 3 in 4 are estimated to check a store’s mobile app for certain offers and reviews.

And they are exceptional researchers, knowing where to find information and consuming it quickly. As Dan Schwabel noted in a New York Times piece, “we tell our advertising partners that if they don’t communicate in five words and a big picture, they will not reach this generation.”

This is also a generation that often considers email to be an outdated communication form, and are three times likelier to open a message through a push notification, than via email. They’re also twice as likely to use YouTube than Millennials, and consume roughly two to four hours of YouTube versus less than an hour of traditional television. They’re gobbling up massive amounts of media and data, and doing so in unique ways, ways that are making marketers and retailers pivot and adapt to this growing consumer base.

In many cases, Generation Z was, and is, impacted by the financial crashes of 2000 and 2008. Finding themselves in an uncertain political and financial world, Generation Zers are tending to err on the side of caution. Approximately 58% are either somewhat or very worried about the future. They are keenly aware of The Great Recession and issues of debt, and they are considered far more practical about money and careers than Gen X or Millennials.

Approximately 57% of Gen Zers will research products more than they used to before making a purchase, and a staggering 90% will make sure their parents feel a planned purchase is affordable before executing. They look towards social media for discounts, promotions, coupons, and peer recommendations in order to make the most practical decisions.

In addition to being relatively more financial practical, Generation Z, like their predecessors, are highly likely to spend their money on experiences as opposed to material items. Studies indicate that 62% of surveyed Gen Z consumers prefer to spend money on an experience rather than buying material items. Consumer expenditure from Gen Z on experiences ranks just behind food and clothing as the top spending categories.

This also translates to their behaviors towards in-store shopping. From that same survey, 64% stated that they prefer to shop for items such as shoes, clothing, and accessories in-store rather than online. So now retailers and marketers are faced with how to engage with, and provide remarkable experiences to Generation Z. Stores are going to have to offer experiences that provide aspirational, tactile, socially conscious, and valuable experiences to these powerful consumers.

Generation Zers are scripted themselves as a unique, evolving consumer base. And while they continue to come into their own and adapt to the world around them, retailers, brands, and marketers will have to do the same if they want to truly tap into this generation.