Fro-Yo Over & E-Cigarette Stores the Next Retail Fad? 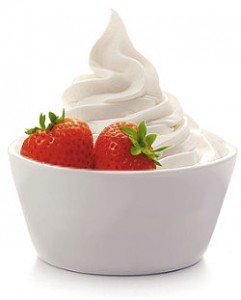 In the 1980’s frozen yogurt stores like: Penguin’s, TCBY and I Can’t Believe it’s Yogurt exploded the fad by creating a product with more sugar than it’s original formula introduced in the 1970’s. Today you can find fro-yo stores in most major markets operating under some of these familiar names: Red Mango, Pinkberry, Menchie’s, Orange Leaf and Yogen Fruz. However, just like the 1980’s run did, it appears that the frozen yogurt fad in shopping centers may be coming to an end.

The explosion of fro-yo stores in retail shopping centers brought this tasty treat to nearly every community across the U.S. Unfortunately like most retail trends over-saturation has occurred and at the end of the day there is very little customer loyalty and the store closest to home usually gets the occasional business that remains. The turnover of spaces in this retail category is so common that most major metropolitan areas now have many former fro-yo stores for newly sold fro-yo franchisees to try and re-open for another try at this craze.

The introduction of the self-service fro-yo store over the last several years was a promising one that lured many entrepreneurs into the business. The low barriers to entry and minimal cost to open a yogurt franchise made it appealing to business men and women across the U.S.  The explosion of the number of stores in this category increased competition at a rapid pace and the lack of loyalty to any one particular brand seemed to hurt them all. Another drawback that contributed to the demise may have been the purchase price for the consumer. Most fro-yo shops provide their customers 1 or 2 sizes to choose from… large or really large. When filled to brim with yogurt, fruit (who are we kidding…candy & sweets) this tub of fro-yo starts to become an expensive treat for a family to take part in more than a few times a month. When the frequency of the repeat visits dropped so did the number of successful fro-yo stores. In a limited amount and ideally located to serve trade areas with little competition these stores can do well… it once again comes down to perfect site selection.

IS THE E-CIGARETTE STORE THE NEXT RETAIL CRAZE?

Recently we have noticed a high volume of inquiries for our shopping centers indicating a new business craze is coming our way… the electronic cigarette store. This industry has seen a lot of activity lately including Sean Parker (Napster, Facebook & Spotify) investing in NJOY Cigarettes and Marlboro announcing that they are developing their own e-cigarette.

Sales are estimated to double this year in this industry to $1 Billion. With low barriers to entry and the continued decline in traditional cigarette smoking in the U.S. it makes sense that retailers that can provide these products in convenient stores will begin to pop up all over town.. at least until Wal-Mart dedicates an entire section of their store to this new product type…

Strategic Retail Group is a commercial real estate brokerage firm specializing in retail space for lease, tenant representation, and retail investment properties sales in Phoenix, Arizona and throughout the state.

Recognized as a leading innovator in utilization of video and social media marketing in retail commercial real estate, Strategic’s brand reaches beyond the state Arizona and provides our clients with national exposure and unparalleled results.