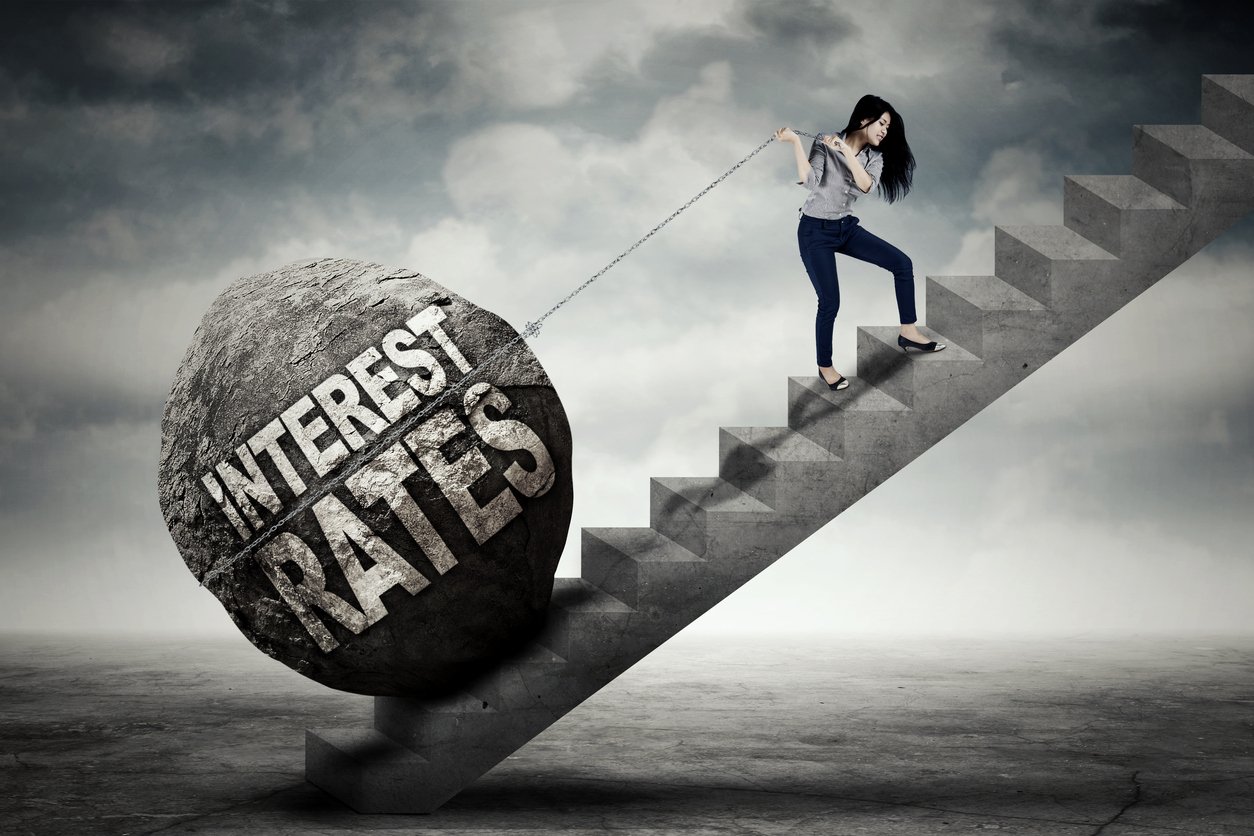 Those who regularly read my blog know that I believe over the long-term interest rates will remain flat or possibly continue on their downward spiral (see link: When will interest rates go back up? How about never!). That said, I believe for the first time in decades we have a very real chance of rising interest rates happening this year. We are entering into the “perfect storm” as several factors are converging at the very same time that will inevitably cause interest rates to rise. But before I explain my reasoning, give me a paragraph or two to set the stage.

A common misconception is that The Federal Reserve controls interest rates. This is not true. Interest rates are not controlled by The Federal Reserve, the federal government, or some nefarious secret society. Yes, The Fed does set the overnight interest rate between banks, but increasing this rate has little or no impact on five-year, ten-year, or thirty-year US treasury yields.

That said, the Fed does have the ability to manipulate interest rates. They did this in spades with quantitative easing. To get us out of the Great Recession, the Fed purchased massive quantities of government bonds and other financial assets. The result was a lowering of US Treasury yields. But even then the Fed still had to work within the bounds of the Law of Supply and Demand.

The Law of Supply and Demand

Here’s how it works. It all begins with the US Treasury needing to sell bonds because the federal government is spending more money than it is taking in in tax revenues. Hence, the growing national debt.

For example, let’s say the US Treasury auctions off $100 billion of ten-year treasury notes. One of three things will happen:

I’m sure my explanation is an over simplification of the process, but generally that is how it works.

In the context of the Law of Supply and Demand let’s look at four factors that will either increase the supply of bonds or conversely decrease demand for bonds. Either way when that happens, treasury yields have to rise to compensate.

1. The New Tax Plan Will Explode the Deficit

The new tax plan enacted into law and signed by President Trump December 20th of last year will explode the already gigantic budget deficit. Using the most conservative estimate, it increases the deficit by $1.5 trillion over the next ten years. Increasing the deficit requires the U.S. Treasury to sell more bonds. For the Law of Supply and Demand to work, an increase in supply requires interest rates to rise to increase demand for the increased supply.

2. The Fed is Shrinking Its Balance Sheet

As a result of quantitative easing, The Fed purchased huge quantities of US treasuries. Now that the economy is doing well, The Federal Reserve has begun shrinking its $4.4 trillion balance sheet. In other words, The Fed is now beginning to sell the treasury bonds it once purchased. And as we now know, if the supply of bonds goes up, treasury yields have to go up to increase the demand for treasury bonds.

If you had a choice between two investments, one provided you a 2% return and the other one a 25% return, which one would you choose? It’s a no-brainer isn’t it? In 2017, the stock market increased 25%! For the foreseeable future, the public is going to be much more incentivized to purchase equities over bonds.  Do you blame them?  Heck no!  This means the demand for U.S. treasuries will decline and if demand slumps then treasury yields must rise to increase the demand.

The largest owner of U.S. treasuries is China. They own about $1.2 trillion of our debt. According to Bloomberg News, Chinese officials are reviewing their foreign exchange holdings.  They have recommended that they slow or halt purchases altogether of U.S. Treasuries. At this point, this is more an unconfirmed rumor than a fact. But assuming they just moderate their purchases of US treasuries it would have a significant impact on the bond market. If they stopped purchasing US debt altogether it could have a catastrophic impact on the bond market. And as we now know reducing the demand for U.S. treasuries requires treasury yields to rise in order to make them more attractive so that supply and demand equalize.

When Supply Up or Demand Down, Interest Rates Rise

This is my opinion. I welcome yours. What do you think will happen with interest rates in 2018?