My Favorite Start Up Hacks #2 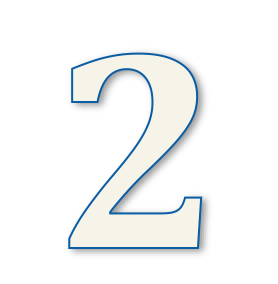 This is the second installment in a series. You can read the first installment, Introduction: My Favorite Start Up Hacks, by clicking on the link.

Social media is an inexpensive, fast and effective way to reach a targeted audience for your start up.  At QuantumListing, the ones that I’ve decided to focus on are Twitter, Facebook and LinkedIn. There are lots of others, including Instagram, Google+ and Pinterest, but Twitter, Facebook and LinkedIn are the three that I thought had the most relevant audience. This could have been my bias because these were the ones that I used most in other aspects of my life. Of all the social media platforms, Snapchat is probably the most fun, but I’ll leave that to my teenage children.

Managing social media can be a full time job, and there are tons of people on social media who offer outsourced social media services. In the previous installment of this series, I talked about Buffer. In this installment, I’d like to talk about Sniply. I’m using the free version of Sniply, and there are paid versions that are more feature rich and allow more team members to work on the platform. Sniply’s mission is to help you drive conversion through content curation. By installing the Sniply extension in Chrome or Firefox, you can, at the touch of a button, share interesting articles you come across on the internet or content from your own site to your social media. With the free version, it adds a button to the bottom of the selected or curated page to send a user to a landing page of your choosing.

Sniply coordinates with Buffer, too. So, I get a double whammy out of my social media. I’ll give you a couple of plain English examples of how I use Sniply. If I’m reading an interesting blog post on The Broker List , an article on The News Funnel, or Duke Long’s latest stream-of-consciousness-post-on-the-future-of-CREtech that I want to share, I hit the Sniply extension button. A window pops up in my browser offering to “Create a Snip.” I can then choose which of my social media accounts I want to share it to, or even add it to my Buffer queue. Once the article gets posted to my social media, if someone clicks on the link, it will open the article, and there will be a conversion button on the bottom of the article. I have set up two different conversion options, one to send people to download the QuantumListing app, the other to register for QuantumListing. I use the second one more than the first. Looking at my Sniply dashboard, it seems that I get two clicks on average on every article I post, and about two percent of those clicks result in conversions.

The other way I use Sniply is when I share listings from QuantumListing to social media via Buffer. I’ll open the detail page of a listing. When I hover over the listing image with my cursor, I get the option to share the image to Buffer. I select that, and because Buffer and Sniply are integrated, it automatically converts the page’s URL into a Snip. I can then choose to share it now or add it to my queue. In a short session or ten minutes or so, I can organize my social media activities for a few days. This does not keep me from adding other interesting articles or other content as I come across it or think of something I want to share.

Although the previous installment promised to discuss two more hacks, I had more to say about Sniply than I realized and so I’ll save the other hack for next time! Hint: It begins with S and ends with o. Can you guess?

What’s that? You’re not a member of QuantumListing yet? Click HERE to sign up and we’ll give you a year’s trial Premium Membership!