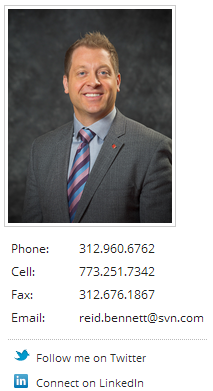 Reid contacted us and asked how we can take this valuable call and perhaps turn it into a blog post that can be shared and distributed to so many of our members who would love to hear a national call with this depth of information. We thought it was awful generous of Reid to offer a glimpse into the presentation held for those unable to listen to the call. Maybe we will eventually be able to broadcast the audio of this call, but for now, we are trying to at least share the information.

Third quarter information that was available this month saw $27.5 billion in apartment transactions across the country which was a 28 % increase over the third quarter of 2013 and the second straight quarter of sales exceeding $26 billion according to RCA

Rents and occupancies have grown stronger each of the past five years and that combined with the weakness in other CRE sectors brought a flood of investors from foreign capital – not only from oversees as Doug Wright will explain today about a closing he had last week but from American office owners and single family builders into the apartment market. Also, returns have been shrinking as I will discuss a little later.

This continued strong growth indicates that the national apartment market is likely to finish the year above the 4% mark, which blows away many of the expectations from economists and industry specialists across the board.

YTD effective growth was 5.2% for the first 10 months of 2014, down slightly from September 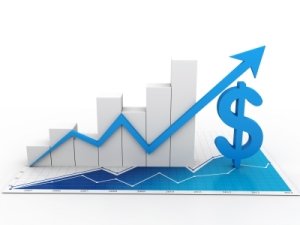 In fact, Class B rent growth was exactly 5.0% in October, and came in first place among the asset classes from Class C in April, and has widened its lead ever since.

Class C annual effective rent growth, even though it was above October 2013 levels, had a slight decrease in October. Still, it is higher than the 3.7% recorded one year ago. Class C has had the steadiest rent-growth trend among the three basic asset classes since December 2012.

This is all very positive news for many of us at SVN across the country considering many are operating in class B secondary and tertiary markets.

At 3.9% in October, Class A annual effective rent growth was the strongest it had been in the past two years and continues an upward trend that has lasted throughout most of 2014. Class A’s October number is up from September’s as well as of October of last year. Should the trend continue into November, Class A could surpass Class C for second place behind Class B.

The national occupancy rate dropped to 94.9% in October, the first time it has been below 95% since April, but still fantastic overall as October 2014 occupancy is higher than any other October since at least 2008, when Axiometrics started reporting monthly, and occupancy is 95% on a same-store, annual basis.

Four trends keep popping up – Who is your primary market (young vs. old), where is the job growth, what are the financing options and cap rates going to be and is the condo market going to play a roll.

Seems that developers and operators are paying attention to the age of the population and what is affecting these age groups:

Reid Bennett, CCIM serves as National Council Chair of Multifamily Properties for SVN International and a Senior Vice President for SVN - Chicago Commercial. As a licensed managing broker, he focuses primarily on the sale of apartment communities across the Midwest. Reid prides himself on understanding the nuances and analysis of multiple unit apartment dwellings, manufactured housing communities, senior housing & low-income Section 8 & Section 42 communities.
A graduate from the University of Iowa, Reid also has achieved the highly coveted designation of Certified Commercial Investment Member (CCIM). Also active in his community, Reid is the Development Chair for River North Residents Association (RNRA) where he works in conjunction with developers and area residents to foster responsible development in one of Chicago’s most active and desirable neighborhoods. Prior to merging with SVN, Reid worked with condominium converters as well as large apartment complex buyers & sellers. He procured numerous multi-million dollar deals across the Midwest. Embodying the spirit of SVN, Reid fully utilizes the national platform and collaborative efforts to best perform for his clients on a global level. Follow Reid on Twitter @ReidBennettCCIM.