CREW Holiday Luncheon – Flowers, Hugs and Thanks to Mindy

This post originally appeared on CREW Las Vegas' Blog and is republished with permission. Find out how to syndicate your content with theBrokerList. 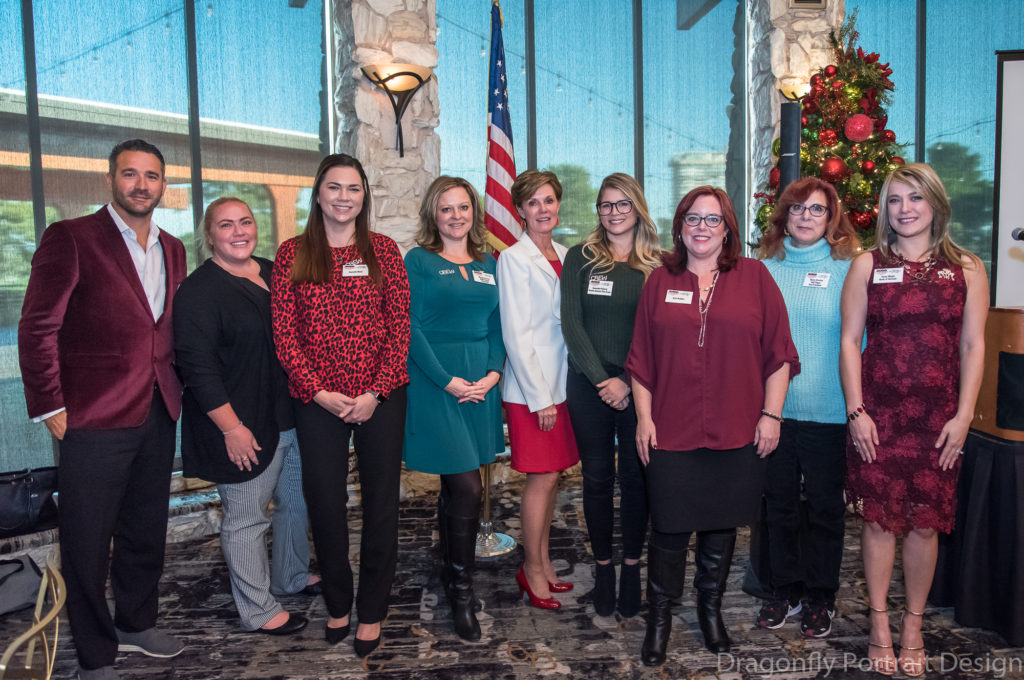 Mindy kicked off this very special holiday luncheon with our customary Pledge of Allegiance and the rest of the meeting was filled with flowers, hugs and thanks as this was Mindy’s last meeting as our amazing 2019 President!

Mindy recounted her year as President by describing the hard work, learning and honor she had in this special role in our commercial real estate community.

We also welcomed a few special guests. The first was Mason Workman, Mindy’s support and partner who has been by her side throughout the year and attended this meeting to honor Mindy’s successful year! Another special guest was Gabriella Marques from the New Mexico CREW Chapter.

Thanks to all of our incredible sponsors for all they do to make our chapter a success. Mindy asked all sponsors to stand for a round of applause and thank you!

Mindy acknowledged all of the committees and their hard working leaders! A very special shout out was given to Bob Stewart who co-chaired the 2019 Golf Committee with Brendan Graves!  Bob has been attending our luncheons for many, many years and we are so very proud that he became an official member of CREW Las Vegas this year!

Mindy praised the support she has received from the Past President, Natalie Wainwright and the President Elect Carol Cline-Ong. Both of these women provided unending support and guidance to Mindy throughout the year. A big thanks to Tara and her team as well. Tara does an amazing job and Mindy was thrilled to have such great support. 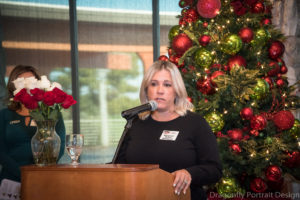 CREW Cares is led by Wendi Schwiegart. Wendi reported that our Trunk or Treat event was a huge success for the children and the school has acknowledged their immense gratitude for our support. Wendi reminded us all that we adopted a school this year and for the holiday season we will be packing bags for each child. The bags will include hats, socks, scarves, gloves a toy and some food. Thank you to all for the generous contributions that help us make CREW Cares a success. 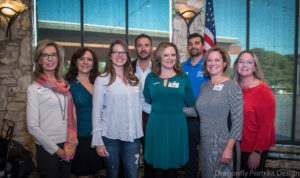 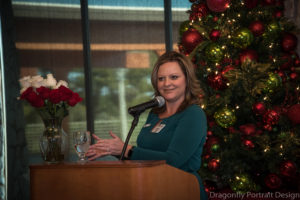 Mindy Kermes and Berenice Church did a fantastic job of giving us the history of Wells Fargo, how much Wells Fargo gives back to the community and the focus her team has on commercial real estate deposits and loans. What makes Mindy’s team unique is their focus on local lending and the fact that all decisions are made locally. It is a distinction that Mindy is super proud of being able to offer to our industry and the Las Vegas market. On each table Wells Fargo provided a 20th edition pony. The person with the birthday closest to today receives the pony as a gift. Please enjoy! 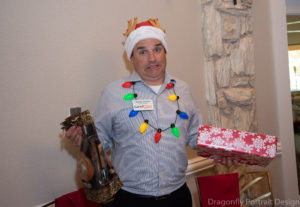 The highlight of our annual holiday luncheon was the White Elephant! Everybody exchanged gifts and had a blast moving around the room while they shared gifts and met some new friends. The wrapping paper was flying and all ended up with a great gift or at least we think so!

Carol Cline-Ong was introduced as our new President and she had many words of thanks to Mindy and to past presidents of CREW Las Vegas. During Carol’s inspirational and emotional speech she left us with these words and promising more quotes in the future! 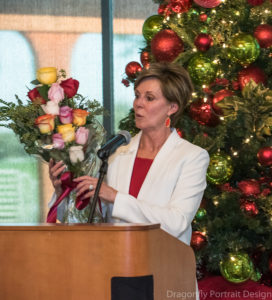 “Dreaming after all is a form of planning.” 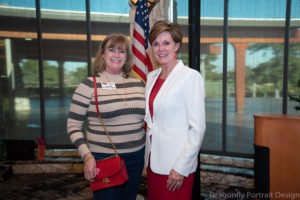 Did You Know?
At each luncheon one of our board members purchases a beautiful purse to be raffled off to all luncheon attendees. This month it was a beautiful red holiday bag, perfect for the festivities of the season. The proceeds of the raffle are used to help support so many of our charitable efforts. Thanks to all who participated and congratulations to our winner Wendi Damian and thanks to Natalie Wainwright for selecting such an appropriate purse!

Reminder new luncheon location and day for 2020! The Las Vegas Country Club has been the home of our luncheons for many years and we thank them for the amazing service given to us over the years.

It is now time for a new start. With 2020 brings our  new luncheon location and day of the week! Please mark your calendars for our upcoming luncheons, which will be held on the 2nd Tuesday of each month.

Register for all events here. 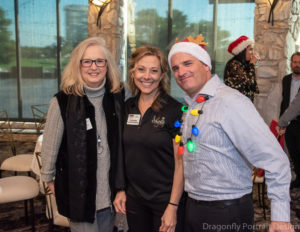 Photo credit to Adrienne Angelo
of Dragonfly Portrait Design for
this month’s photos.
(Rare shot of Adrienne (center) flanked by her fans!)

The CREW Las Vegas Chapter was formed over 18 years ago and is a 501(C)(6) non-profit organization. CREW Las Vegas is committed to encouraging and expanding opportunities in networking, education, leadership development and civic philanthropy for women and men, in all facets of real estate.

The Importance of Environmental Assessments in CRE AcquisitionWhat does 2020 have in store for the commercial real estate market?