CRE retail idea that failed miserably…or did it 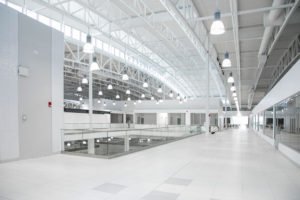 Have you ever stumbled onto one of those websites that features abandoned spaces?

My favourites are old malls. Once so bustling and now so neglected.

But what if you were looking at a vacant mall that was brand new?

Marketed as a 320,000 SF megamall, the New Horizons Mall is located just north of Calgary near the CrossIron Mills retail outlet.

The development opened for business this summer but leasing has been brisk.

According to their website only 10 of 517 stores are open for business.

While that may seem like a crazy amount of vacancy (and it is) there is something very unique about the retail centre.

This mall is mainly comprised of individual retail condos that can be purchased. Those units can then be used by buyers for their own business or rented out as investment property.

While some of the owners can afford to sit back and wait for the action to build, others are not so lucky.

With the current tepid activity, it should come as no surprise that the developer has cancelled a planned grand opening this month and deferred it to some undetermined date next year.

What were they thinking?

The Torgan Group, a Toronto development company driving this retail project, is likely thinking: we did this once and we can do it again.

New Horizons is actually modelled after the Pacific Mall which was established in Markham, Ontario in 1997.

Described as the “Largest Chinese Shopping Mall in North America,” the Pacific Mall is made up of 450 stores in addition to two large anchors within its 270,000 SF leasable area.

With a concept that sells space but doesn’t leave a developer left holding the bag with vacancy, it’s not hard to understand why Torgan took on a similar project again.

Despite the obvious vacancy and lack of activity, New Horizons is actually 99 per cent sold out.

As far as Torgan is concerned, the bulk of their return on the $200M project will be reliant on condo sales regardless of whether anyone ever opens up.

That investment gain was likely attractive to the Calgary investors in New Horizons though the developers are not sharing what prices New Horizons condos traded at.

In an effort to help their owners, however, they are offering a $5,000 incentive to owners to open or lease their condos before the end of the year.

As a side note, in my research of Pacific Mall I found some seedy facts which hopefully do not find their way into New Horizons history.

Pacific Mall is noted of its sale of counterfeit goods and is a notorious black market, according to international government trade watchdogs.

RCMP have repeatedly raided the premises with the most recent occurring in June 2018.

Items in these types of raids include unlicensed CDs and DVDs, pirated video games, and counterfeit clothing, handbags, and cell phone accessories.

The post CRE retail idea that failed miserably…or did it appeared first on The Saskatchewan Edge.