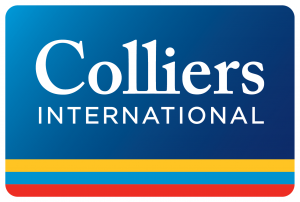 Fourth Quarter 2013 Recap
The Charleston retail market continued to improve since mid-year 2013 with increased occupancy rates and new construction. National tenants are showing a greater interest in Charleston. Bass Pro Shops, Southern Season, H&M, Chipotle and Madewell all opened stores or announced plans to locate to the market. Mixed-use developments in Charleston’s urban cores continued to bring new street level retail to apartments, hotels and office buildings. Much of this is complimentary shop space, but in some proposed developments, there are more significant junior anchor components.

Occupancy rates climbed to 94.8% at year-end 2013 from 93.3% at mid-year and 92.7% a year ago. Charleston’s employment growth, recovered housing market and booming tourism industry contributed to the rise in occupancy rates. The rising demand for retail space resulted in higher asking rental rates for shop space; which ended 2013 at $19.00/SF up from $18.89/SF at mid-year and $18.25/SF a year ago. King Street in downtown Charleston reported the highest asking rental rates at $40.00/SF while rents in suburban grocery-anchored centers averaged $15.50/SF.

Construction commenced in Summerville, East Cooper and Downtown submarkets, which hold the highest occupancy rates in the market

Summerville’s Retail Market is Hot
Summerville’s retail market is the tightest of all the submarkets with a reported occupancy rate of 99% at year-end; up from 96.9% at mid-year. New tenants to Summerville included Newk’s Eatery, Jos A Bank and Mellow Mushroom. Horizon Square, a redevelopment of the former Strobel Tire site off Highway 17A, has approximately 64,000 SF of grocery-anchored shop space for lease. Nexton, a mixed-use development which commenced construction earlier this year, will deliver two office buildings in 2014 totaling 175,000 SF. Approximately 125,000 SF of retail space is planned. Both projects will eventually alleviate some demand as these developments progress.

Over-Stored East Cooper Attracts High-End Grocers
East Cooper’s retail occupancy rate increased to 96.7% at year-end 2013 from 95.6% at mid-year. The submarket is considered to be over-stored, however, attracted Southern Season to open a 44,000 SF location off Coleman Boulevard. In addition, a new Harris Teeter is under construction on Isle of Palms and is anticipated to open in 2014. The 24,000 SF store was initially Newton Farms prior to the Piggly Wiggly buyout. Belk continued construction on their expansion at Mount Pleasant Towne Centre, which will double the size of their current store. The Boulevard, a 325-unit multifamily development off Coleman Boulevard, delivered late 2013 and features approximately 15,000 SF of retail and restaurant space. The project attracted Maverick Southern Kitchens which announced plans to open a street level restaurant in 2014. K-Mart announced it will close its location on Johnnie Dodds Boulevard making the 131,000 SF shopping center ideal for redevelopment.

Development started to shift up King Street in response to the demand for retail space. The revival of Upper King has evolved to a ‘Dine and Design’ district featuring a lively culinary and nightlife scene. Indaco and Prohibition both joined Upper King in 2013. The cornerstone of Upper King is Midtown, which commenced construction late 2013 and is expected to be completed in 2015. The multi-use development will offer over 37,000 SF of retail and office space, a dual-branded Hyatt House and Hyatt Place hotel, and a seven-story parking garage. Next door is Elan Midtown, a 228-unit luxury apartment project with 7,000 SF of retail. The project was recently completed late 2013 and, so far, Bull Street Gourmet and Edward Jones Investments have leased space.

North Charleston Hooks Bass Pro Shops
Occupancy rates in North Charleston increased from mid-year to year-end, from 91.6% to 92.8%, respectively. Tanger Outlets welcomed two new tenants including Crocs and Cole Haan. In addition, H&M will open their second Charleston location consisting of 20,000 SF at Tanger Outlets. Bass Pro Shops announced they will open a 150,000 SF store in 2015 at I-26 and Northside Drive. The Corners at Wescott is currently under construction and will deliver early 2014. The new shopping center will be home to multiple new tenants including a new Harris Teeter, Marshall’s, Moe’s, TCBY, Starbucks, Rack Room Shoes, Five Guys, Hallmark, Massage Envy, and Pet Supplies Plus.

Outlook
·Rental rates will continue to rise due to demand and increased construction costs.
·Outdated centers will be prime contenders for redevelopment and adaptive reuse projects.
·As market conditions continue to become more favorable for landlords, more new construction will likely occur.
·Tenant activity in downtown Charleston will continue to shift upward on King Street.

Hi, I'm John Orr, CCIM. I have over 25 years of experience in Commercial Real Estate. I have done or seen most everything from multiple perspectives - Landlord and Tenant, Buyer and Seller, Lender and Borrower, Developer, Manager and Contractor. Of all these roles, the most rewarding is that of Retail Strategist. I am the Vice President of Retail at Colliers International in Charleston SC. This role is so exciting to me because of the people. There is a great energy, international perspectives on local issues and a wealth of knowledge to draw from. In this capacity I manage the third party retail throughout the Coastal Region of South Carolina. My primary focus is Landlord (Owner / Seller) Services including Leasing, Sales, Property Management Services and Asset Strategies for individual properties, as well as Complete Portfolios. My other major responsibility is that of Tenant Representation (User / Buyer) Advocate for a select group of unique Retailers and Restaurants. If you have any questions about Commercial Real Estate please give me a call or drop me a note. I am always happy to help in any way I can. Visit my blog John Orr Commercial Real Estate and follow me on Twitter @JohnOrrCCIM.