This post originally appeared on tBL Marketplace Partner R. Kymn Harp's blog - HARP - on this and is republished with permission. Find out how to syndicate your content with theBrokerList.

When something breaks in a commercial space, who is obligated to make the repair? 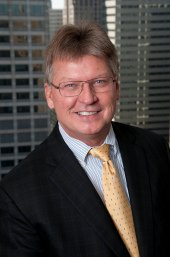 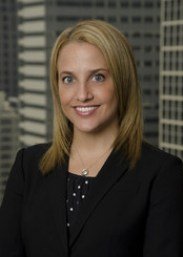 Alterations or additions of a structural or substantial nature that are made necessary by extraordinary or unforeseen future events not within the contemplation of the parties at the time of lease execution are ordinarily the responsibility of the landlord. Expert Corp., supra, 496 N.E.2d at 5. Likewise, renewals or replacements that would last a lifetime rather than maintain the condition of the premises are extraordinary repairs outside the scope of a tenant’s obligations under a general covenant of repair. Sandelman, supra, 576 N.E.2d at 1040; Schultz Bros. v. Osram Sylvania Products, Inc., No. 10 C 2995, 2011 WL 4585237 at *3 (N.D.Ill. Sept. 30, 2011). When a deficiency is so substantial and unforeseen that it would be unreasonable to expect the tenant to make repairs that basically benefit not the tenant but the landlord, those repairs may be deemed structural. Baxter, supra, 380 N.E.2d at 835.

In order to shift to the tenant the responsibility to make structural or extraordinary repairs to the leased premises, a lease must clearly and unambiguously state that the obligation to make those structural or extraordinary repairs is that of the tenant and not of the landlord. When the lease explicitly shifts the burden to the tenant, however, by requiring the tenant to make all repairs and replacements, ordinary and extraordinary, structural and nonstructural, the provision will be enforced against the tenant in accordance with its clear meaning. Schultz Bros., supra, 2011 WL 4585237 at *3, citing Sandelman, supra, 576 N.E.2d at 1040. See also Quincy Mall, supra, 903 N.E.2d at 1040; Kallman v. Radioshack Corp. 315 F.3d 731, 738 (7th Cir. 2002).

A. Common Issues Involving the Duty To Repair

In contrast, if the wall (or ceiling) itself needs to be replaced, the obligation to reconstruct a defective wall would not fall on the tenant under a general covenant of repair. Expert Corp. v. LaSalle National Bank, 145 Ill.App.3d 665, 496 N.E.2d 3, 5, 99 Ill.Dec. 657 (1st Dist. 1986). The Expert court reasoning that “reconstruction” means to rebuild, not merely to repair.

B. Landlord’s Control and Obligation To Maintain

C. Independence of Tenant’s Obligation To Pay Rent and Landlord’s Duty To Repair

Since a tenant must vacate the premises to claim constructive eviction, the tenant’s liability for rent will continue as long as possession is continued, even if the landlord has committed acts justifying abandonment of the premises. Zion Industries, supra, 361 N.Ed.2d at 608; Automobile Supply Co. v. Scene-in-Action Corp., 340 Ill. 196, 172 N.E. 35, 38 (1930).

In American National Bank & Trust Company of Chicago v. K-Mart Corp., 717 F.2d 394 (7th Cir. 1983), the Seventh Circuit Court of Appeals analyzed Illinois law as it applies to a landlord’s breach of its obligations under a lease to repair and maintain the leased premises. “Under Illinois law, a tenant has various remedies available on breach of landlord’s covenant to repair. The tenant may (1) abandon the premises if they become untenantable by reason of the breach, (2) remain in possession and recoup damages in an action for rent, (3) make the repairs and deduct the cost from the rent or sue landlord for the cost, or (4) sue landlord for breach of the covenant and recover the damages usually measured by the difference between the rental value of the premises in repair and out of repair.” 717 F.2d at 398, citing Book Production Industries, Inc. (Consolidated Book Publishers Division) v. Blue Star Auto Stores, Inc., 33 Ill.App.2d 22, 178 N.E.2d 881, 885 (2d Dist. 1961).

The measure of damages is the difference between the rental value of the premises if kept in the condition of repair required by the landlord’s covenant and the rental value of the premises in the condition in which they actually are, plus any special damages. Zion Industries, supra, 361 N.E.2d at 612; Oppenheimer v. Szulerecki, 297 Ill. 81, 86, 119 N.E. 643, 327 (1921).

Although commercial Tenants often believe their landlord is obligated to make repairs to elements located within the Tenant’s commercial space, so long as the item needing repair is non-structural, it is typically the tenant’s duty to repair at the Tenant’s expense.