This post originally appeared on tBL member Ted Nemeth's blog Nemeth REA Blog and is republished with permission. Find out how to syndicate your content with theBrokerList. 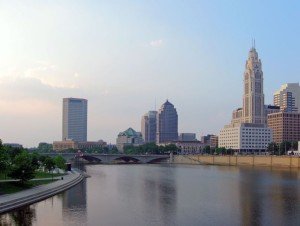 As a native of Columbus Ohio I was raised to believe three things:

Today I may still bleed Scarlet & Gray, and I can whip up a casserole with the best of them, but my understanding of the Commercial Real Estate market has been turned upside down.

For example, let’s look at this data from Real Capital Analytics’ Retail Mid-Year Review. You’ll notice that Columbus Ohio Retail market is currently sitting at number 17 in the top markets by sales volume for Retail Real Estate. This places the Buckeye  State’s capital city ahead of markets such as Tampa, San Francisco, Denver, and Las Vegas. 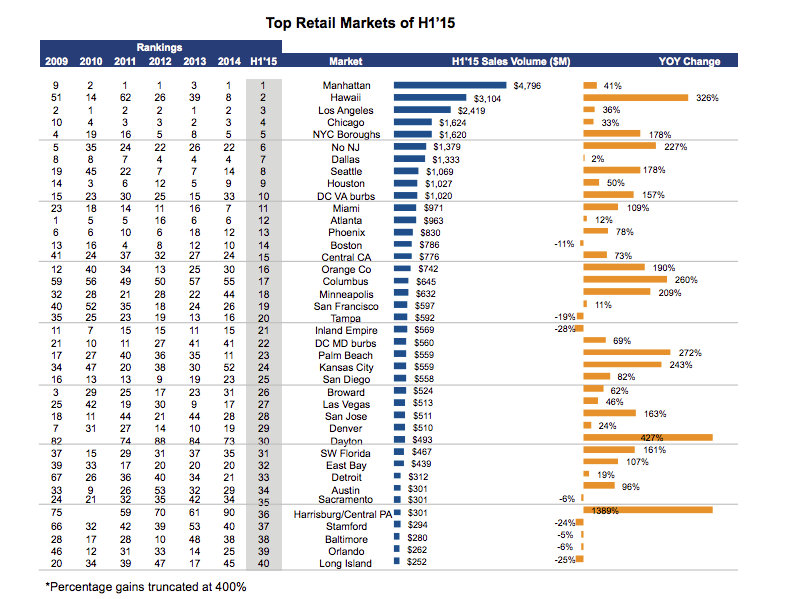 So is Columbus Ohio a long-smoldering retail market that’s been growing steadily? The short answer is no. While the Central Ohio area has been undervalued for some time, the sales numbers are only now beginning to reflect its potential. The jump to 17th position is a significant one—over the last six years Columbus’ transaction volume has ranged from 49th to 59th nationally, with an average annual ranking of 54. To jump this far ahead in volume has required a staggering year-over-year growth of 260%.

Will this boost in activity continue? It’s impossible to say for sure, and it’s true that these are only the numbers for the first half of the year, but there are significant indicators that the demographics and geography of Central Ohio make it prime territory for commercial real estate investors. (Notice fellow Ohio market Dayton at 427% retail sales growth year-over-year!) As Columbus and its suburbs continue to encourage development of higher-density housing in their core districts, walkable retail outlets become a greater selling point for neighborhoods. With this increase in high-end housing density, the value of retail space should see a corresponding increase both within these core districts and in the areas surrounding them. This increased sales activity in areas with growing population density is draining strip center sales volume, where activity is down 45% year-over-year.

This slowdown in strip center sales provides another opportunity for commercial real estate investors. As volume slows and strip centers drift into a buyer’s market, investors with a longer time-frame will be able to position themselves to cherry-pick prime locations for buy and hold strategies.

No matter which way the market turns next, there’s no doubt that the Columbus Commercial Real Estate market will be anything but slow and predictable.

Ted Nemeth serves as an Advisor for Sperry Van Ness Gryphon Parker specializing in the sales of NNN and multi-family investment real estate. Based in Columbus, Ohio, Mr. Nemeth is an Un-Anchored and Shadow Anchored Retail Center Specialist. A member of ICSC, the NAR, and the SVN National Retail Council, as well as the SVN National Land & Development Council, he has assumed both principal and representation roles in land & development deals. Click here to learn more about him, or reach out directly at (614) 507-0796.

Is your “tenant representation firm” truly representing all of your interests?Do You Know the Future of CRE Brokerage?