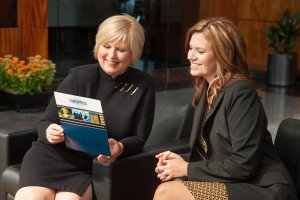 Tenant representation pays off. Here is my story as to why.

A telecommunications company came to Compass Commercial with a dilemma: they had occupied the same space for close to 10 years and were on a month-to-month lease when their landlord gave them a 30 day notice to move. We had less than a month to find them a new space, negotiate a lease, and make sure they moved out in time.

Compass contacted the landlords of properties in the area who could react quickly with showings and respond to RFPs fast. Five potential locations were identified. Three RFPs were sent out for responses.

It was determined the best option was to stay in the same building and move to another suite.  The client told the landlord they would have to work with Compass and pay the customary lease fee.

Their rental rate was reduced by $0.50 per square foot over the term of the lease,

They received six months of free rent in the new 2,500 s.f. location

The landlord provided a turnkey buildout based upon the tenant specifications

The telecommunications company ended up with an overall reduction of rent over the new lease term of five years of $68,000 plus a full build out paid for by the landlord