Telecom carriers have failed to fulfill many of their previous promises.

Fast and reliable internet connection has become a necessity for consumers. However, internet access has remained painfully slow in many rural areas around the world, including the country that invented the internet.

Many detailed studies on the availability of internet access in many cities in the United States (U.S.) suggest that broadband condition is dreadful across rural America. Roughly six-in-ten rural Americans, or 58 percent of the U.S. population, believes access to high-speed internet is a problem in their area.

Title: Percentage of rural adults in the U.S. who don’t have access to high-speed broadband. 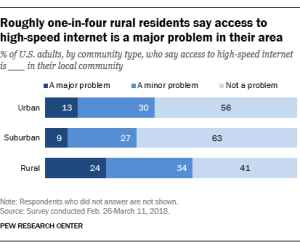 According to the Federal Communications Commission (FCC), roughly 25 million Americans can’t access broadband, over 19 million of which live in rural communities. Montana, ranks as the worst state for broadband connectivity in the US, followed closely by Mississippi and Arkansas. Improper or no broadband connection prevents these communities from starting or running an online business, accessing telemedicine, taking online classes or digitally transforming their farms.

Pin-pointing the reasons for such lack of access in such a developed country is a difficult task. Perhaps this is a business issue, with internet providers finding the low populations and income of such dispersed rural areas unattractive for profits. Perhaps the government simply ignores this fact, allowing such companies to monopolize boldly without any worry of competition.

Over the past five years, the U.S. Department of Agriculture and the FCC (Federal Communications Commission) provided more than $22 billion in grants and subsidies to telecommunication companies to improve and sustain broadband access in rural America. Despite these huge investments and constant efforts, the country’s adoption of broadband hasn’t improved much since 2013. Maybe the government’s approach is wrong here — instead of injecting money into the industry, perhaps opening the market to competition and disrupting certain Telco’s power and reach, may change things.

AT&T CEO Randall Stephenson said that the fifth-generation wireless (5G) technology would replace broadband within the next three to five years. According to Stephenson, 5G will give Americans, including those living in rural areas, faster internet access than most existing DSL and cable connections. 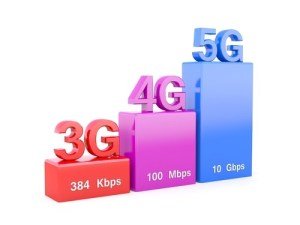 Like AT&T, Verizon and many other carriers have portrayed 5G as a utopian solution to the broadband problems in rural America. If their claims hold up for broadband, it will fill a significant gap in American internet access.

However, there are many reasons to be skeptical about the hype surrounding 5G. Both AT&T and Verizon have continuously been criticized for their failure to adequately deliver fiber in rural areas. While 5G will certainly be a faster and low-latency network, it’s not going to resolve all the problems with the US broadband.

5G is not synonymous with fast fiber connections.

According to Ernesto Falcon, legislative counsel at the Electronic Frontier Foundation (EFF), wireless will never be competitive with high-speed wireline services. He says that the fastest speed the industry is boasting about 5G was already surpassed by fiber to the home many years ago.

Rural carriers have long blamed companies like Verizon and AT&T for overstating their 4G LTE coverage. Now, these companies are aggressively overstating early 5G availability and fast speed wireless internet access in rural areas as well. However, considering their long-standing failures with 4G connectivity, consumers should trust their 5G promises only after they’ve experienced it firsthand for themselves.

5G may be pricier than broadband.

Americans are already paying some of the highest prices in the world for 4G LTE access, and 5G, so far, doesn’t seem to be cheaper. Large ISPs enjoy a de facto monopoly over the business data services (BDS) market, which adds a significant cost to providing wireless service. This “special access” market is dominated by just one internet service provider (ISP) – AT&T, Verizon, or CenturyLink.

Smaller cellular carriers often accuse incumbents of using this monopoly power to charge exorbitant rates, driving up prices for carriers and consumers. Replacing broadband with 5G will leave millions of customers with shockingly higher bills. This ability to monopolize and charge whatever amounts desired may be the reason why lower income, less populated rural areas are left with minimal high-speed broadband access. 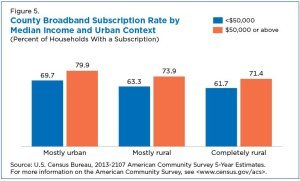 The American broadband problem seems to be a business and government problem. Businesses seem to ignore rural areas due to their low population and income compared to urban areas. Such factors are bad for business. The government seems to overlook this fact by allowing telecommunications companies in this space to monopolize and rule themselves, thereby allowing the exclusion of rural areas from high-speed internet access.

5G, with its high-speed benefits, would be the ideal solution. It could minimize the need for physically wiring rural communities. However, 5G would need towers and other physical infrastructure to allow wireless access in such communities, and the U.S. carriers in question are unlikely to provide that for the same reasons mentioned earlier — low population and income means low profits. The telecom industry’s long history of unfulfilled promises suggests that their claims should be taken with a grain of salt. If you think 5G can fix America’s broadband problems, you should remain skeptical and wait for 5G to finally arrive by 2020 or later.