BURNING DOWN THE HAYSTACK TO FIND THE NEEDLE 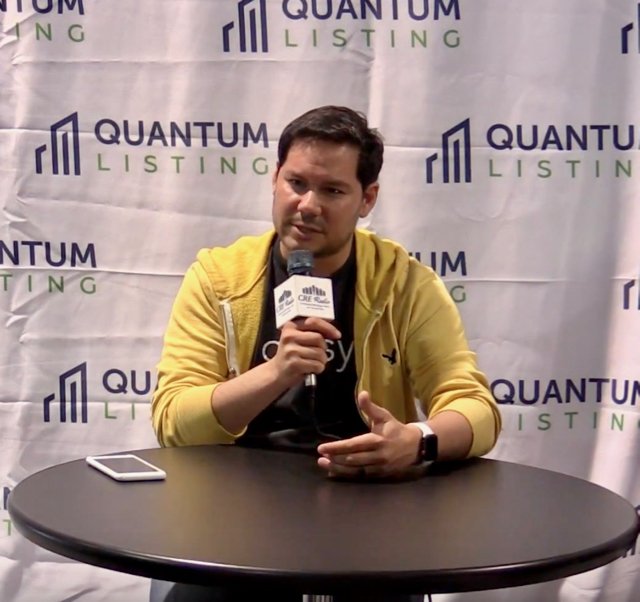 In Andrew Bermudez’s talk during #LetsGetSmart18 at ICSC RECon, he discussed ways commercial real estate brokers can utilize technology to get clients using a fraction of the time and resources of traditional methods.

Andrew has significant expertise optimizing client generation, as he is the founder and CEO of CRE tech company digsy.ai, a digital platform that helps those in the commercial real estate industry capture clients up to 85% faster.

Developing a new customer is the hardest thing to do in real estate, according to Andrew. It, “requires a lot of rocket fuel, a lot of time, and a lot of energy and money to attract that one person.” Traditional methods of finding clients, cold calling and networking, can be like finding a needle in a haystack, Andrew said. You have to sift through tons of information and interact with people who are either uninterested or unqualified before finding a good lead.

If finding a client is like a needle in a haystack as Andrew posited, then, “what’s the fastest way to find that needle in the haystack?” he asked the crowd.

A crowd member quickly replied, “burn that haystack down,” just the answer Andrew was looking for.

Andrew tries to apply that same disruptive logic to finding real estate clients. Cold calling and networking are the traditional methods of finding clients, which Andrew likened to using a magnifying glass or a magnet to find that needle in the haystack. Digital technology, including artificial intelligence, is metaphorically burning that haystack down.

Andrew wants people to optimize the client generation process so they don’t have to spend their time doing all the administrative work surrounding cold calling potential clients, like making lists, calling, documenting the class, and noting follow up times on the calendar.  Under the old way of doing things, people would end up doing more data entry than actually calling potential customers. This is a lot of work to do, especially given that the average call to appointment conversion rate is two percent.

In effect, when making cold calls and networking, according to Andrew, we are, “asking for someone to jump out of the crowd and say, ‘Hi, I’m Waldo! I’m interested.’”

Instead of this, we can be much more efficient about locating clients. Andrew provides some strategies about how to do this.

For instance, people can go to Monster.com and see the companies in the area that are hiring the most people. If they’re expanding, as the hiring information would indicate, they will likely need a new space.

“Cold emailing” has become more popular, in addition to the more traditional cold calling. Using Digsy.ai’s software, people can find signals of who they send the email to highlight who is actually interested. The software monitors information like who opens the email, if they forward it, and whether they are opening it multiple times. Then the artificial intelligence tells the user what these people’s interactions mean, and how to pursue their lead.

Andrew also discussed various ways to get clients to come to you, “inbounding” as he called it. One vital way to get clients in the digital age is to hire a search engine optimization (SEO) consultant, to ensure that your business ranks high on Google.

But, being on the first page of Google is just the beginning of inbounding, according to Andrew. You get a developer to build into your website analytics to see what people are looking at, and then have a broker call the people up about what they were looking at. You can also include forms on posted listings that prompt users to fill in their preferences about what they want if the listing they’re viewing doesn’t meet their needs.

Andrew concluded his talk by stating, ‘there’s always a trick to everything.” While commercial real estate has many tried and true business practices that work, like cold calling, digital technology has given the industry a whole new suite of resources that have yet to be fully realized. By utilizing these resources, commercial real estate can proverbially burn the haystack down—find new clients using less time and resources.

You can view Andrew’s talk here: